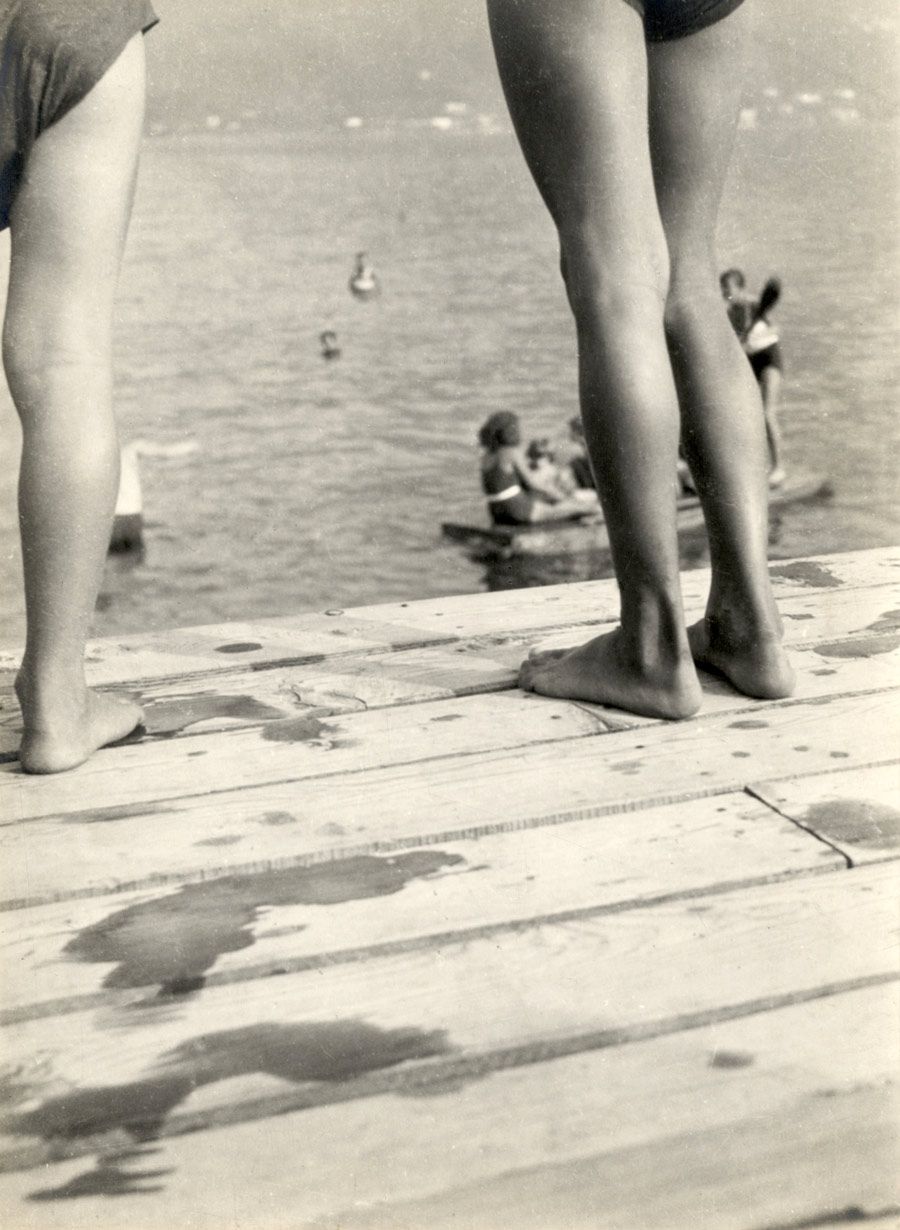 I don’t know about you, but I have a weakness for any idea that calls itself a movement.

It takes guts to that: Labelling your idea a movement is both naive and optimistic. And it takes patience, because although you may look like a fool at the time, a rejected idea sometimes gets rediscovered decades later, making the claim suddenly true.

This is the case with a photographic movement, that proudly called it “New Vision”. It emerged in the 1920s, when it was fashionable to reject concepts as general as “seeing” and somehow plausible to replace it with something new. And to understand it, we need to take a quick detour and talk about the Bauhaus period.

The Bauhaus is an actual building in Germany. You might have guessed it from the name already: it used to house something — in this case a school for construction.

The school was deeply socialist, somewhat utopian, and most definitely revolution, the idea underlying Bauhaus was to break down the boundaries between different aspects of craftsmanship and artistic disciplines. Why teach people just one thing, it’s teachers argued, say how to be a carpenter and make chairs, if Bauhaus students could be taught to be generalists?

The curriculum was designed to educate students in subjects that ranged from architecture to furniture making, from painting and color theory to textile weaving, paintings, ceramics and woodwork. The Bauhaus curriculum consisted of all artistic disciplines of its day in the attempt to produce students that approached their disciplines holistically: not only would they build a chair, but one based on the geometry of buildings, painted in colors reminiscent of paintings. And if you were lucky, they even built a house around it.

It was a pioneering idea, much ahead of its time during an age dominated by specialists. And its influence remains visible — the Bauhaus idea might be gone, but its minimalist aesthetic is still visible in in buildings, art and design across the world, from the operating system of your smartphone to the look of your Ikea furniture.

But as much as the Bauhaus is championed, it’s rarely seen as a place for photography — even though it was.

That is largely because of László Moholy-Nagy. He was a Hungary-born artist who had begun his career sketching as he recovered from World War I. He became interested in avant-garde art and ended up moving to Germany in 1920, where he met the initiator of the Bauhaus, Walter Gropius. Moholy-Nagy believed that technology should play a greater role in the arts, very fitting to the overall concept of the Bauhaus: And this is where photography comes back in: The artist was one of the first to understand that photography could be more than just a medium of reproduction.

You see, for quite a while, photography served just as a stand-in for painting. It may have been faster and more accurate, but since it didn’t require hours of work, it was long considered less artful than painting, a medium for documentation only. At the Bauhaus, Maholy-Nagy began challenging that assumption. The idea was to set the camera free, move it around, capture shadows and lights, the more abstract the better. Let’s remember that these artists wanted nothing less but reinvent seeing, and their images show how serious the movement took itself.

It’s funny, then, that the revolution from back then has gone back out of fashion. Look no further than Instagram and the minimalism so popular on that platform: from shots taken at a very straight, matter of factly angle, to the mere depiction of very concrete objects: cupcakes and coffee cups, ferns and pineapples, people standing before walls. In contrast to the pictures they would take at the Bauhaus, they often just reproduce, but I would argue they reproduced worlds that aren’t very real: the cupcake may be balanced, just so, at the edge of the table. But in reality, beyond the frames of these perfect little dioramas, there’s probably a stack of dirty laundry, and unwashed window, a screaming toddler.

So the next time you go out to take photos, why not try to be abstract. Look at the light falling through those unwashed windows, the shadows it paints on the dusty floor. Move the camera around, away from the string holding it around your neck or beyond the reach of your arm. That’s what they did at the Bauhaus: Rather than showing the straight lines the movement is famous for, it uses odd angles, low cameras and dramatic perspectives. Subjects are covered by shadows or appear just as black silhouettes. They are, for a lack of better terms, weird. And that makes them so great.

And there is something else great about the movement that I haven’t mentioned yet: The “New Visionaries” wanted to democratize photography by recruiting more amateurs for photography. The term amateur has a negative connotation today, but it originally means “someone who loves what they do”, and the artists from back them considered them potential new talents with fresh perspectives.

Today, of course, most everyone is a photographer to a certain degree. If you are listening to this podcast, you most likely are. And unless you do it full-time, you are an amateur, a term you should be wearing proudly.

So why not remind yourself, that being an amateur means being unrestrained by commercial demands or art school aesthetics. That, in fact, it gives you the freedom professionals often lack, photographers whose necks strain under heavy cameras, and who have been briefed down to the angle of their shots. We may not be starting a movement here, but why not take some of that optimistic naiveté and take some pictures that would have wooed the avant-garde of the 1920s?