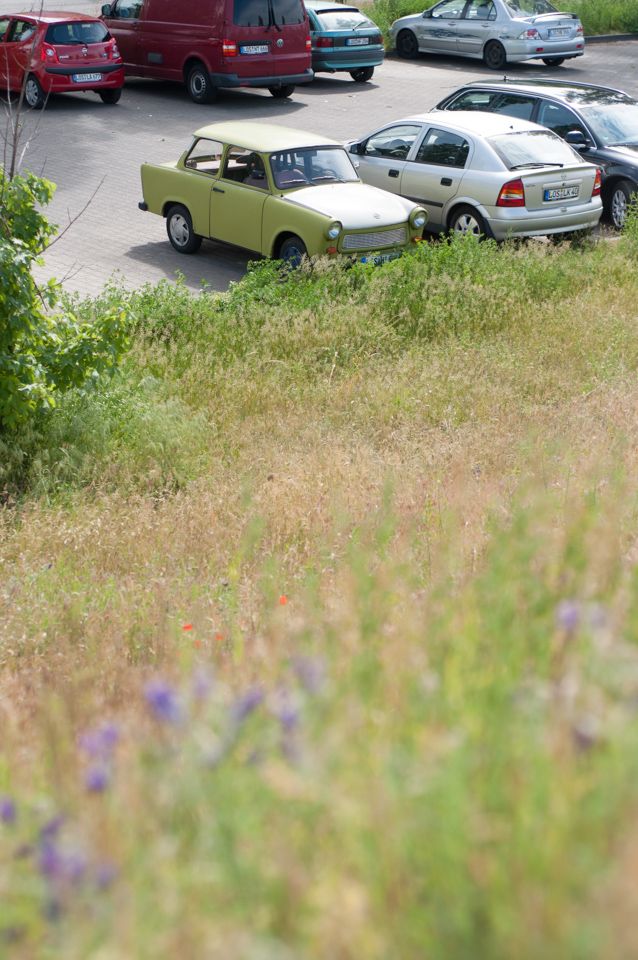 The first thing you notice is the silence.

No muffled sounds or sirens in the distance, no traffic or chatter, just the wind in the trees, which sway gracefully in the afternoon sun.

Eisenhüttenstadt is empty; a city inhabitated mostly by pensioners, who will walk between the endless facades, hand in hand, making no sound.

This used to be a city with a purpose, a state-planned settlement for iron mill workers, and built with grandiose ambitions—all of which have evaporated over time as the political system around this city collapsed and gave way to the West German reality it finds itself in today.

The props are still there: Most obviously in the form of huge murals that look so new you could mistake them for products of contemporary nostalgia. But the little things are even more remarkable: There are communal racks for drying clothes in each courtyard, many of them in use.

Socialism may be long gone, but you can feel its spirit lurking between the tablecloths and the underwear that flutter in the breeze. Then you notice the space. Along Straße der Republik, which connects the historical part of this city with the part built in the 1950s, buildings appear like dice scattered across a tabletop.

In fact, there is such an abundance of space that you walk along the high, dry grass and wonder how many people were once projected to live here.

Since 1985, the population has been shrinking steadily and what looks like a supermarket in front of one particular housing block turns out to be the “House of Farewell”, a funeral home with around-the-clock service.

You consider this strange place at the German-Polish border and feel like it is a parable of great hopes, ideological endeavors and an ultimate collision with reality. But despite its almost comical name and very visible decline, it is not a terrible place.

You have some of the best ice cream of the year. You admire the riverfront, take some pictures and get back on the train, happy to know your own country just a little better than before. 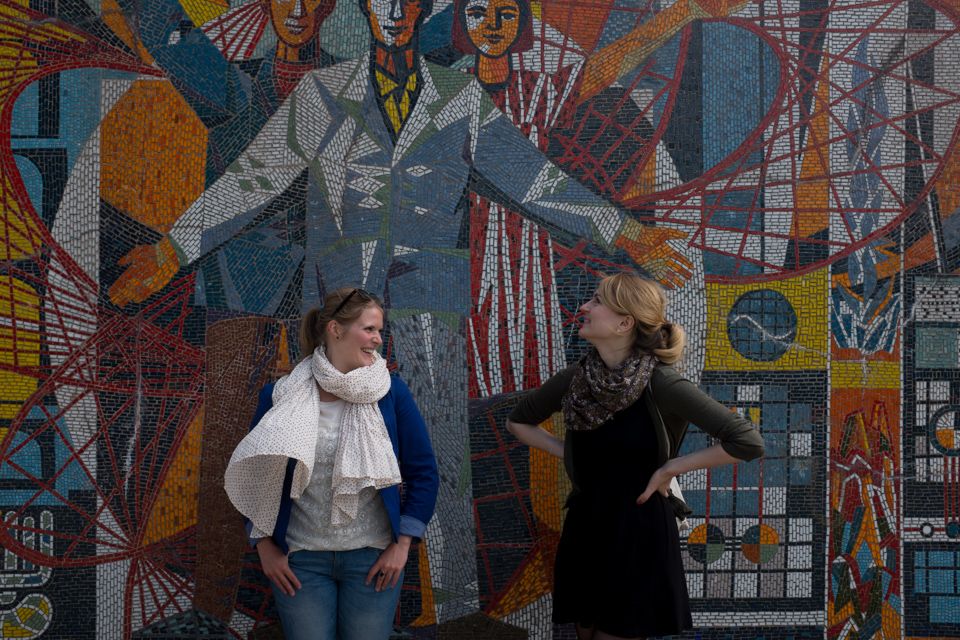 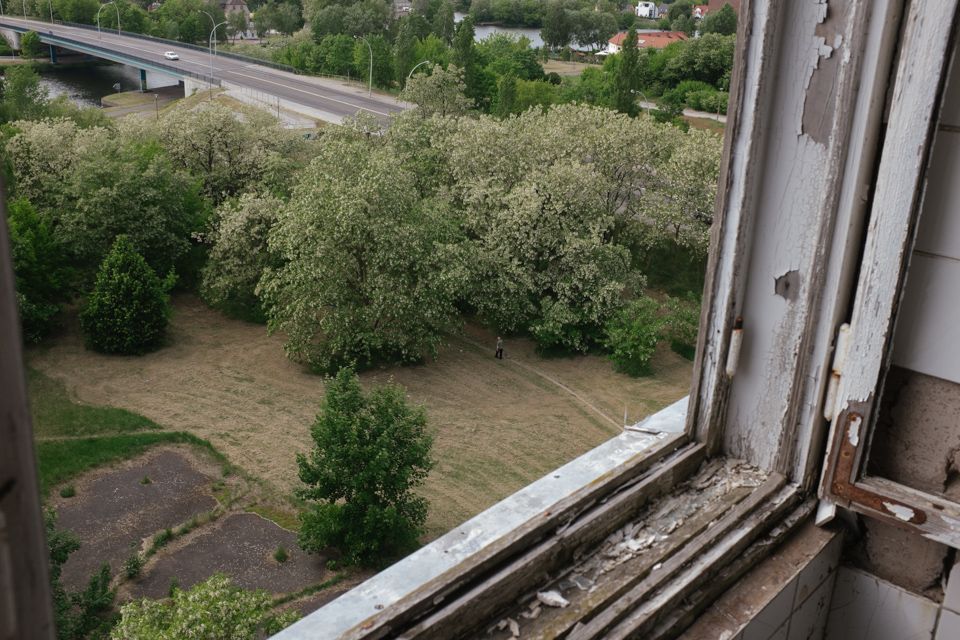 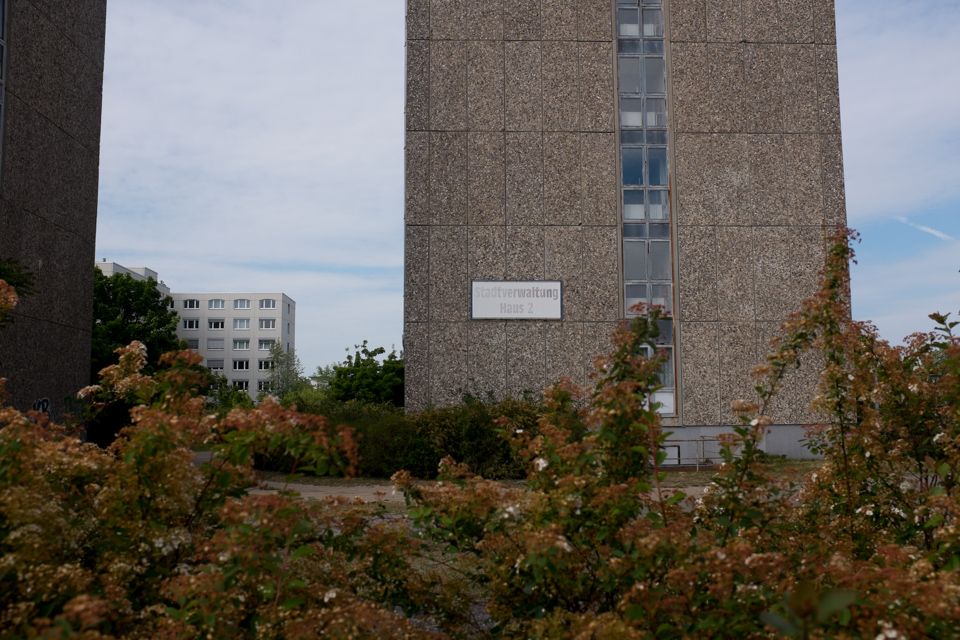 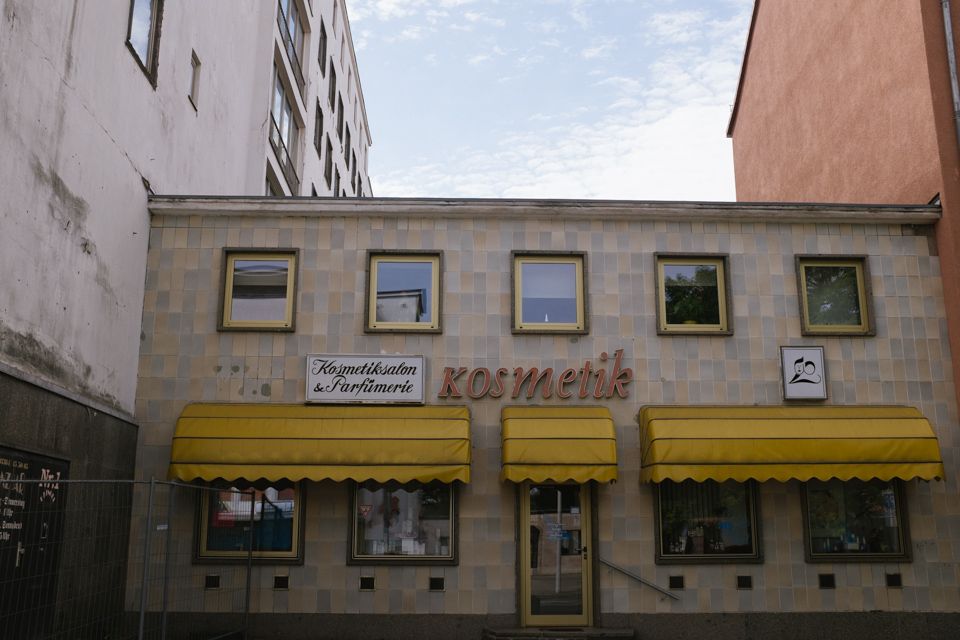 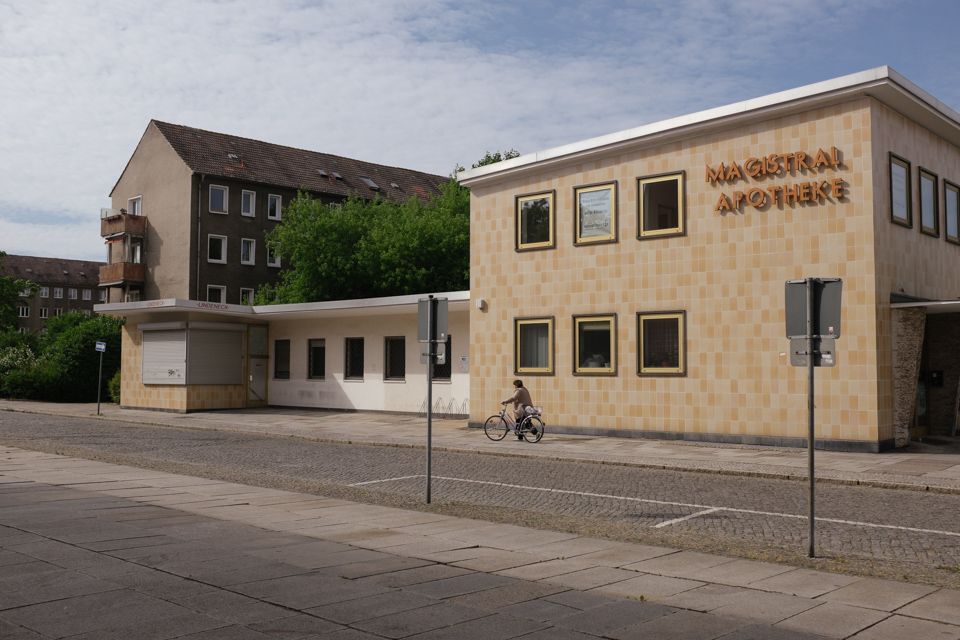 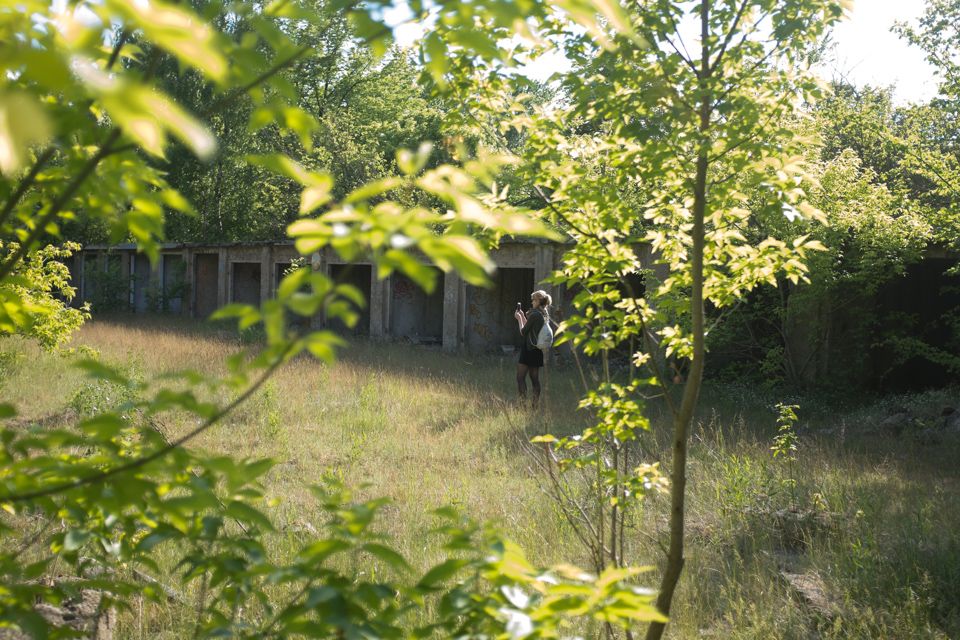 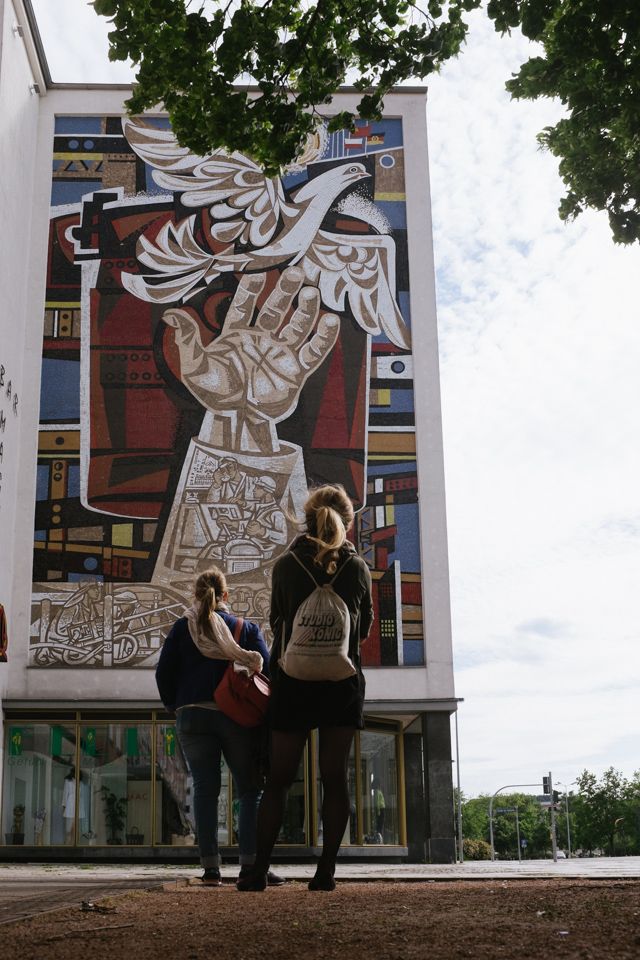 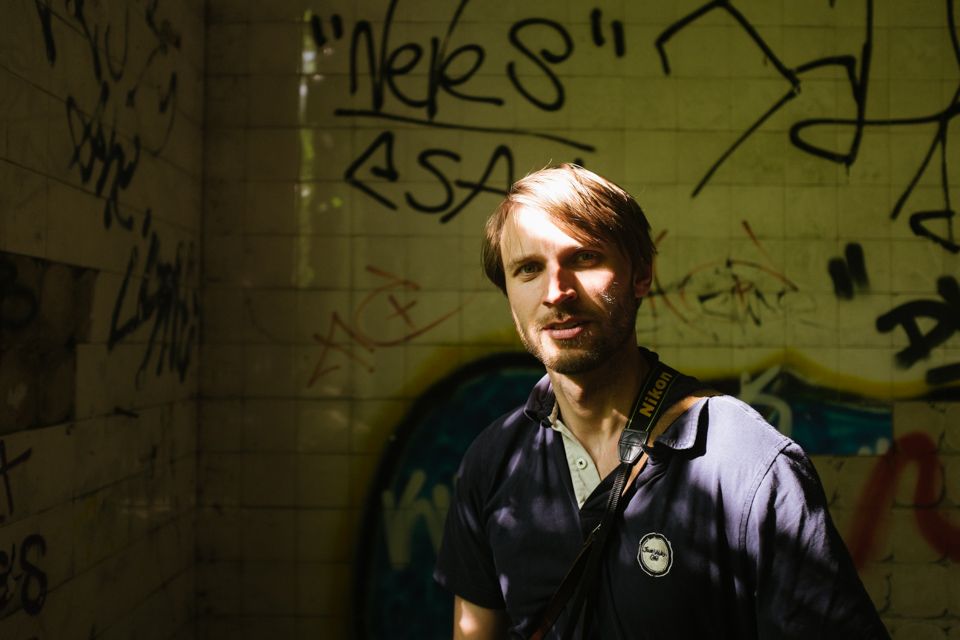 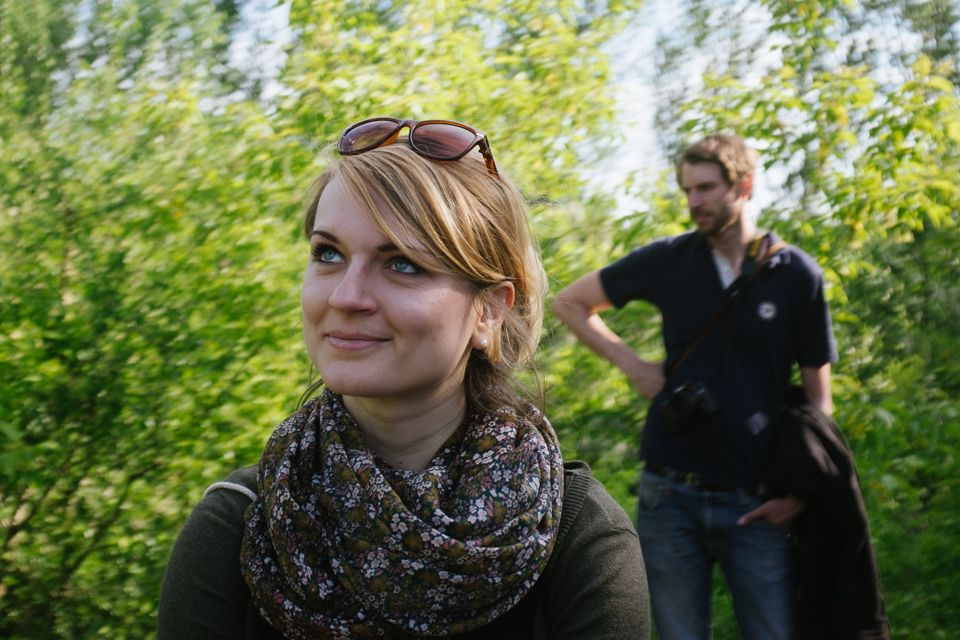