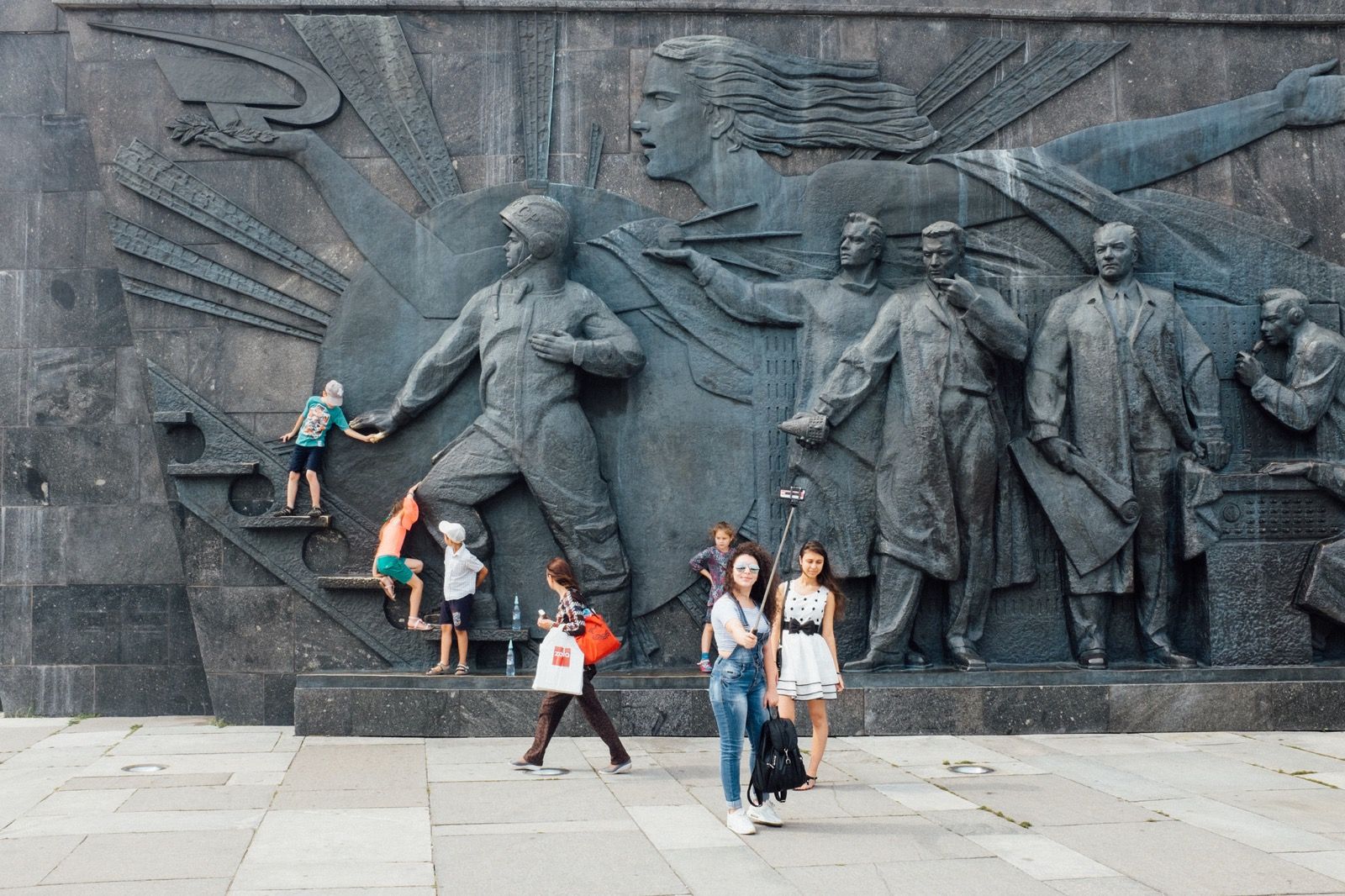 This architecture might make you a Stalinist. Try not to be impressed when you walk through Moscow with your neck craned, staring at buildings. All about this city is huge, as if constructed for giants. The buildings are tall, the avenues wide. Some central streets have 18 lanes (I counted). When you have crossed the gigantic bridge across the Moskva and descend the stairs, there are miles of steps to each side of you.

There is marble, there are columns and there are statues. Lots and lots of statues. What was that? Your city has a statue too? Well, is it twenty meters high and framed by a star-shaped, immaculately cared-for flower bed? Are there plaques commemorating revolutions, counterrevolutions and glorious battles? Plaques so large that they reflect the adjacent avenues, spanning into multiple directions? I didn’t think so.

“The magnificence of grand monuments is expressed, first of all, through unusually large size and vast numerical quantity.”

The walls in Moscow are adorned with hammers and sickles. The subway stations are underground palaces full of marble and gold, reminders of a dictator who had both power and financial might to transform this enormous county. A man who threw thousands of poor souls into labor camps for believing in the wrong ideology. A dictator who ruled this country using fear, an iron will, and construction crews. In Moscow, it seems as though Stalin’s main mission was carve his legacy into marble. 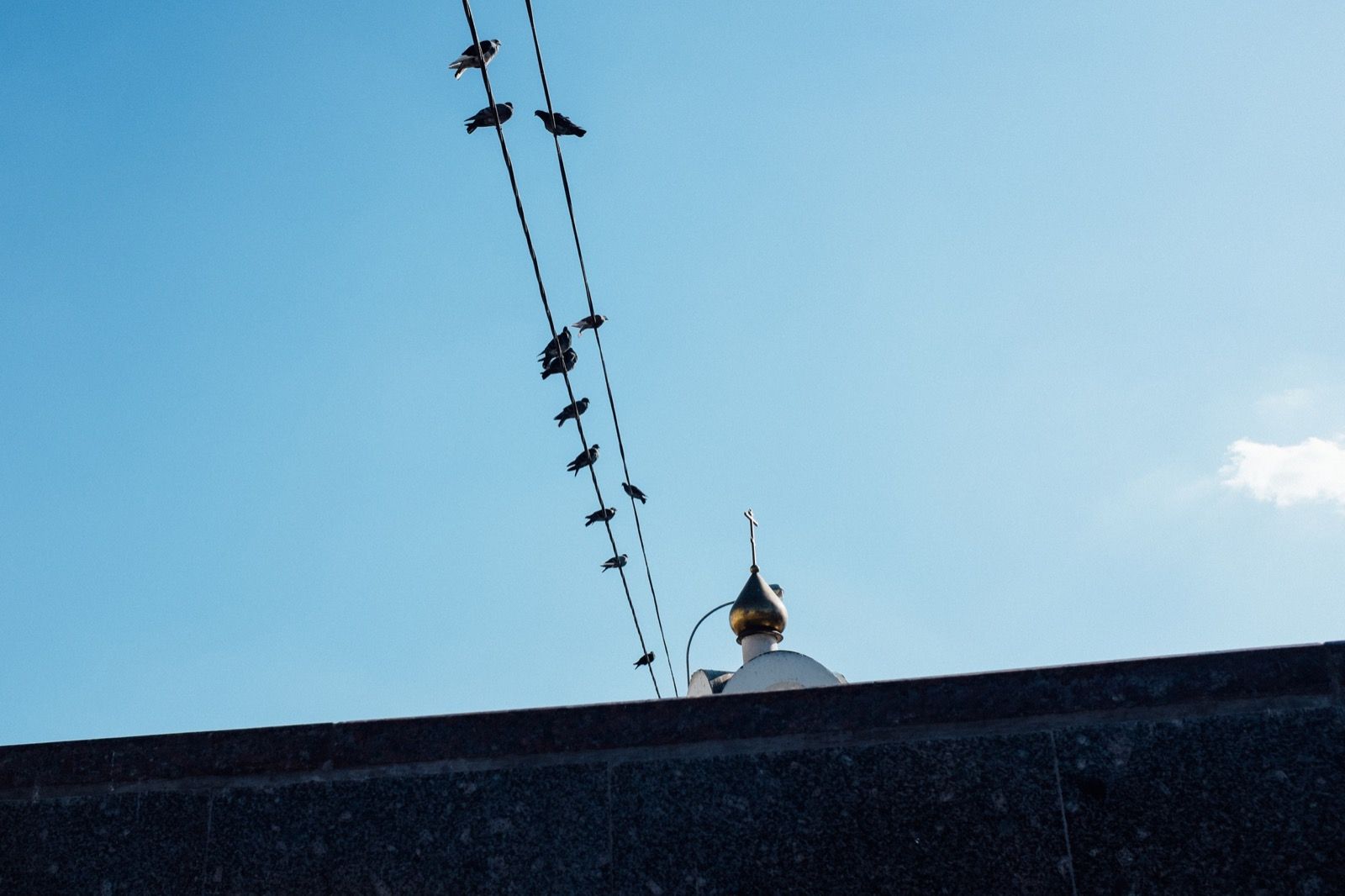 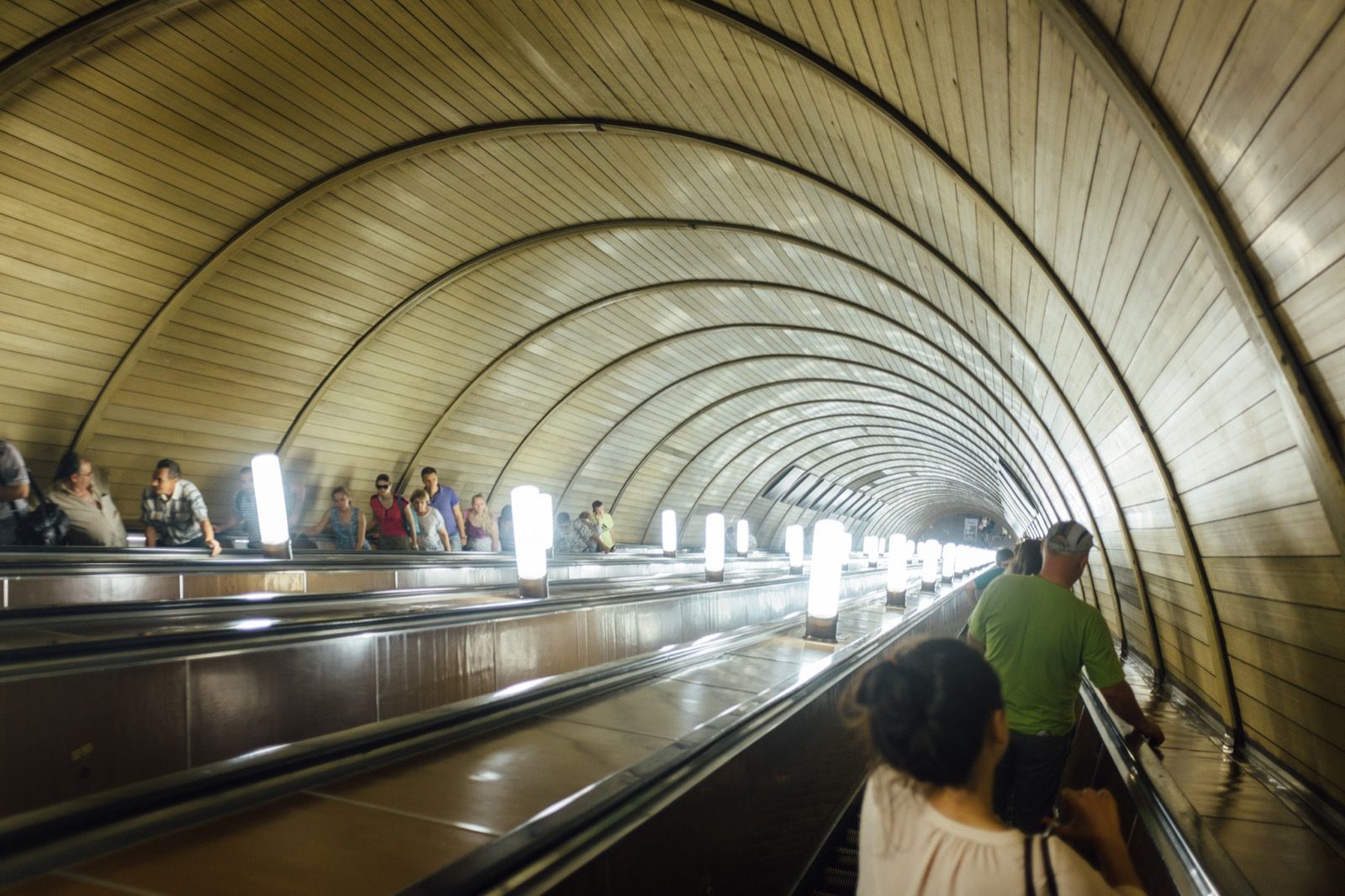 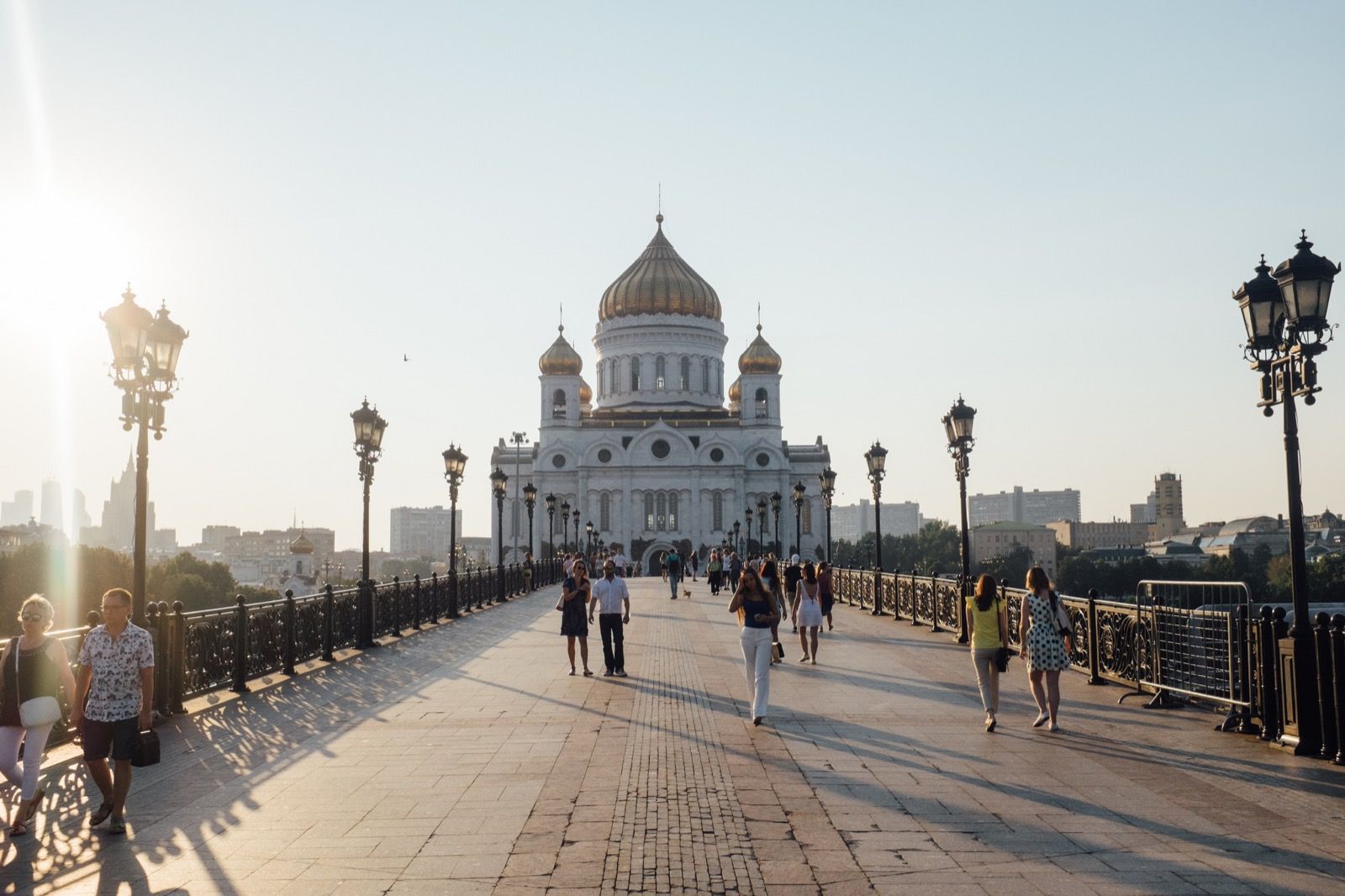 Stalin commissioned seven individual skyscrapers. Not what we usually understand to be skyscrapers, though. These are buildings very unlike the boxy and elongated ones in New York City. In fact, they are a counterpoint to Western architecture, kitsch-y palaces of Soviet Neoclassicism. Colloquially known as the Seven Sisters, these buildings are cathedrals to commemorate ideological grandeur. You think about the sprayed backs of forced laborers and don’t want to find these things impressive. But they are, if only for their size.

Take Moscow State University, one of the Sisters: It is a gargantuan building on a hill to the South. Its main tower is crowned with a star, the symbol of the Soviet Union. The star measures nine meters and has a room inside of it. The towers of the university house the biggest clocks in the world. One them didn’t work when we visited, its hands were stuck, as though frozen in time. Just like the city surrounding it. 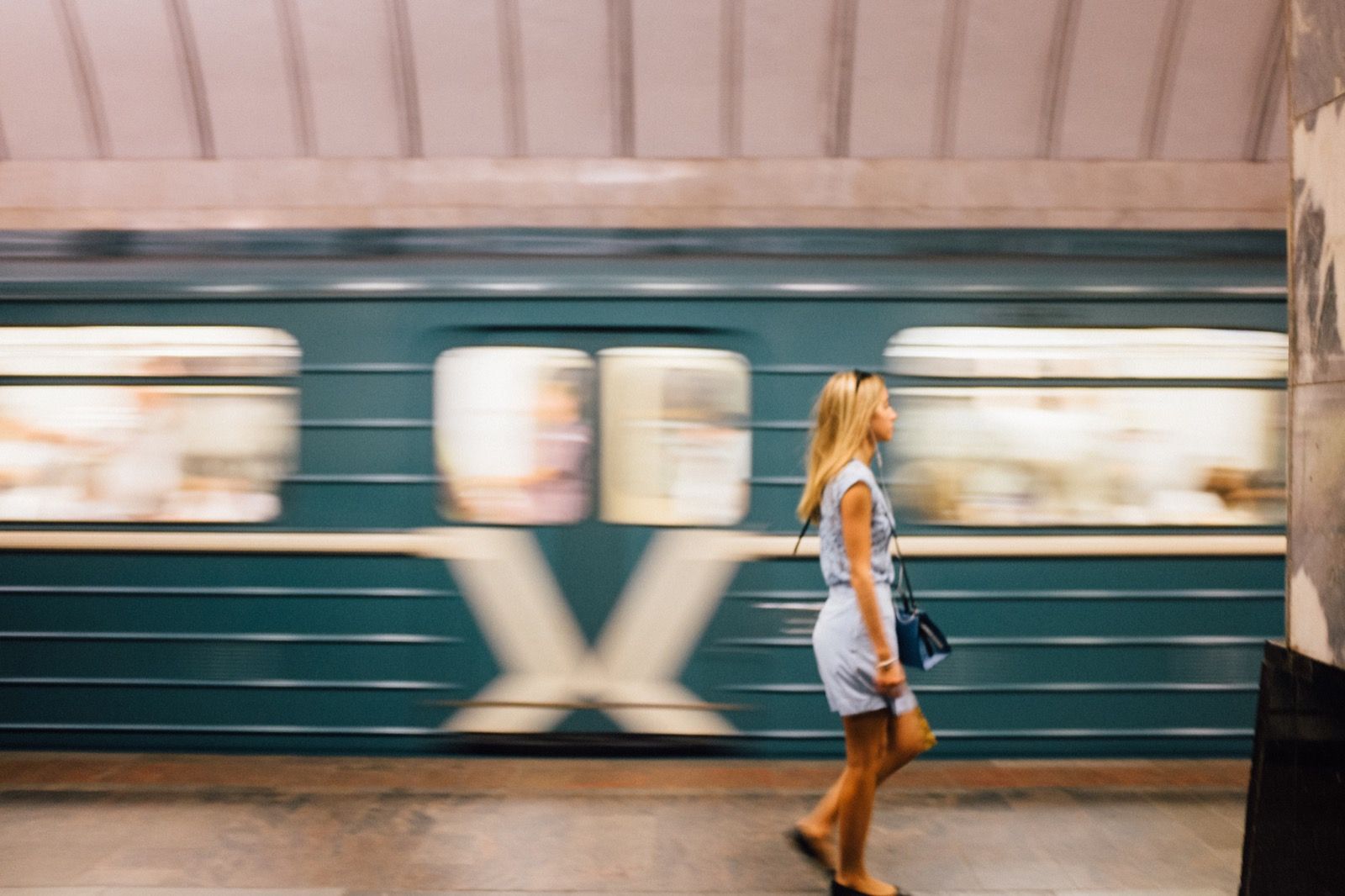 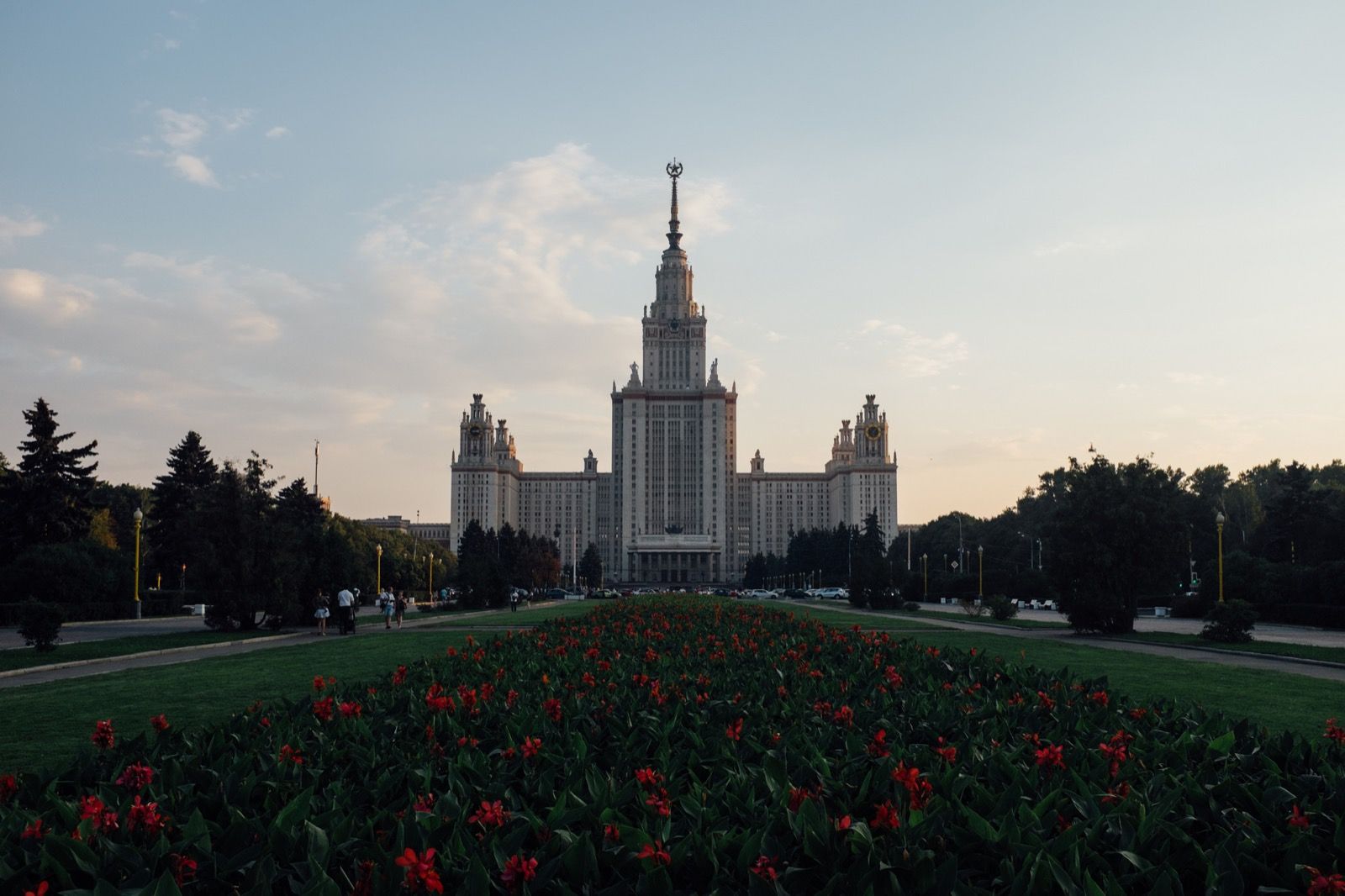 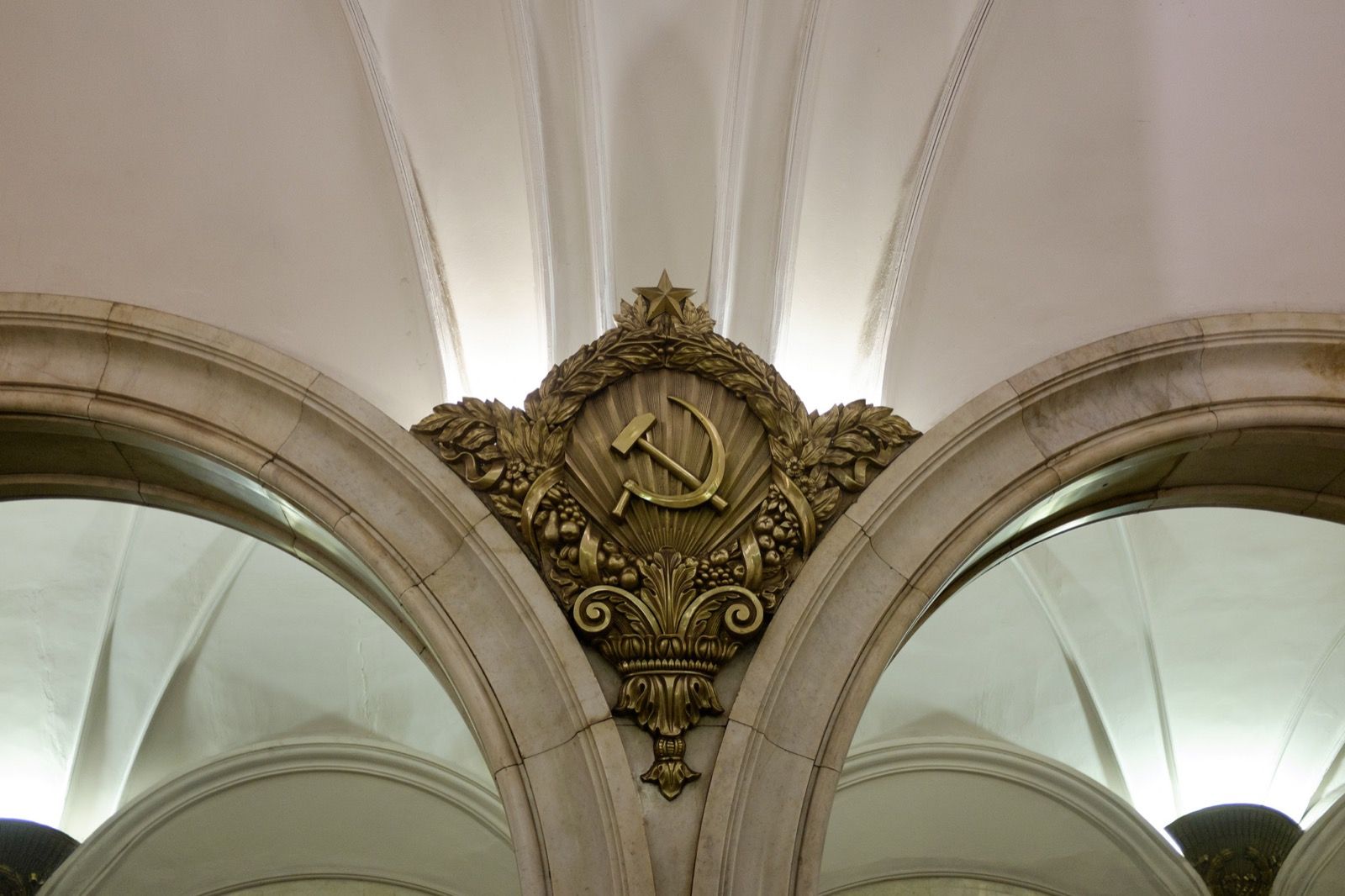 Moscow is embalmed grandeur. It is an ideologues’ dream that feels entirely out of place in the presence. It is a history lesson in stone, a reminder of the political fervor that was the hallmark of the past century. And while some of its mosaics may be crumbling, some statues covered in bird shit, its glory has remained intact, like a rusty but trusty bike. A bike well past its prime but that would be a shame to throw out, because it reminds you of different times.