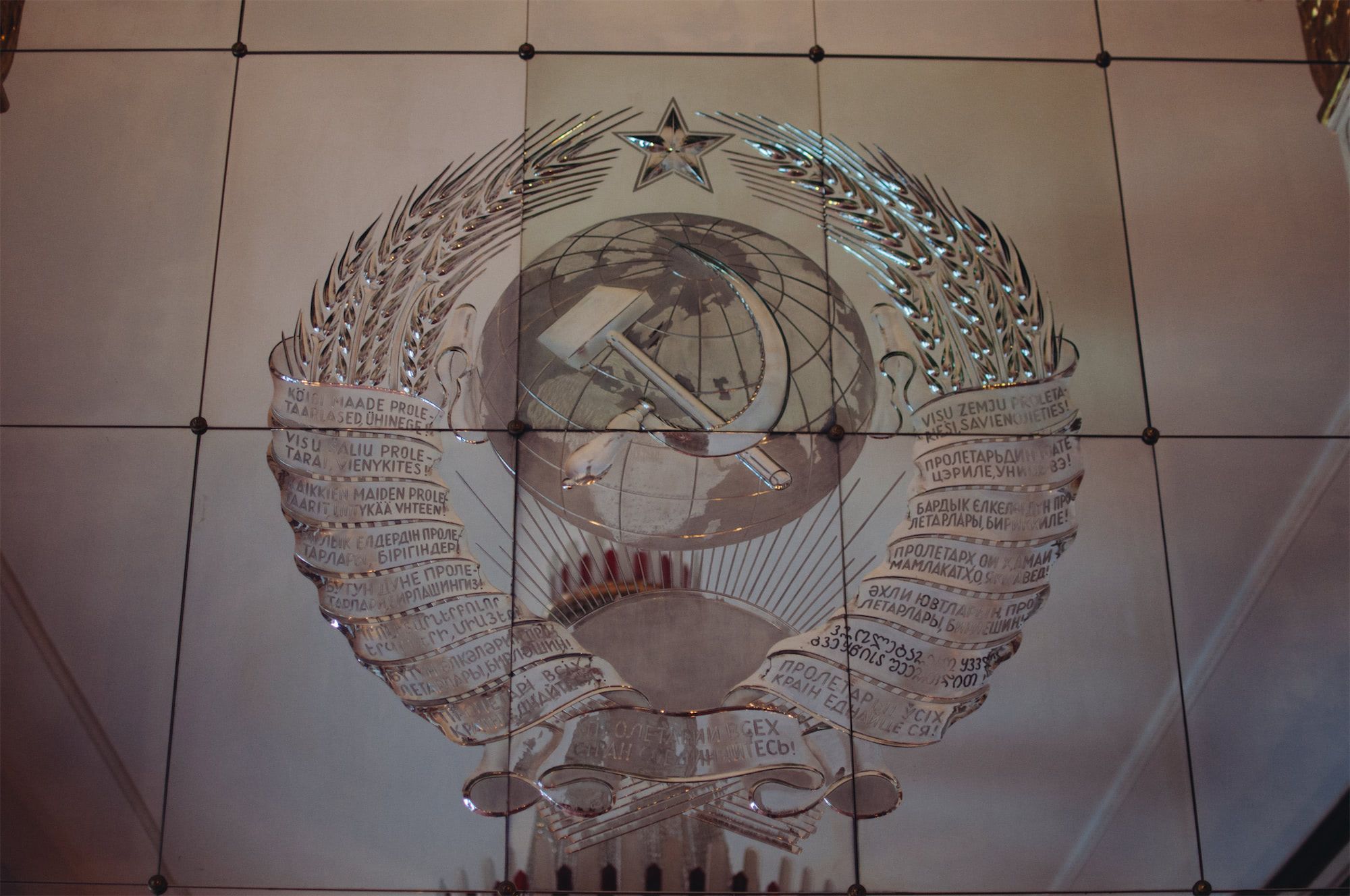 We went to the Russian embassy for work: my colleagues interviewed the ambassador while I took photos and strode around the room, trying to sneak shots of the wallpaper. “Is it your first time at the embassy?”, the press officer asked in heavily-accented German. When we nodded, he called over a young woman working there to give us a tour.

It is a fascinating place: Built in the 1950s with World War II freshly in memory, it is a testament to Soviet strength. There are hammers and sickles adorning the ceilings, huge mirrors and conference rooms. The main staircase, the woman told us, was made from the block of marble Hitler had set aside for his planned statue in Moscow. Today, visitors walk across it.

The embassy also has some lamps of Hitler’s Reichskanzlei, glowing eagle-heads that they hung up upside down. You really have to love them for the gestures—and for keeping the embassy virtually unchanged since the fall of the Soviet Union. Likely because it includes so many unique stories.

“The embassy includes an orthodox church,” our guide told us, “but rules stipulate that such churches can’t be built on foreign soil. When starting the construction, they therefore imported 150 truckloads of dirt from Russia. We are de facto standing on Russian soil.”

“You have a nice workplace”, my colleague Flo remarked, as we were escorted out of the building. The woman smirked: “It’s a little too Soviet for my taste.” 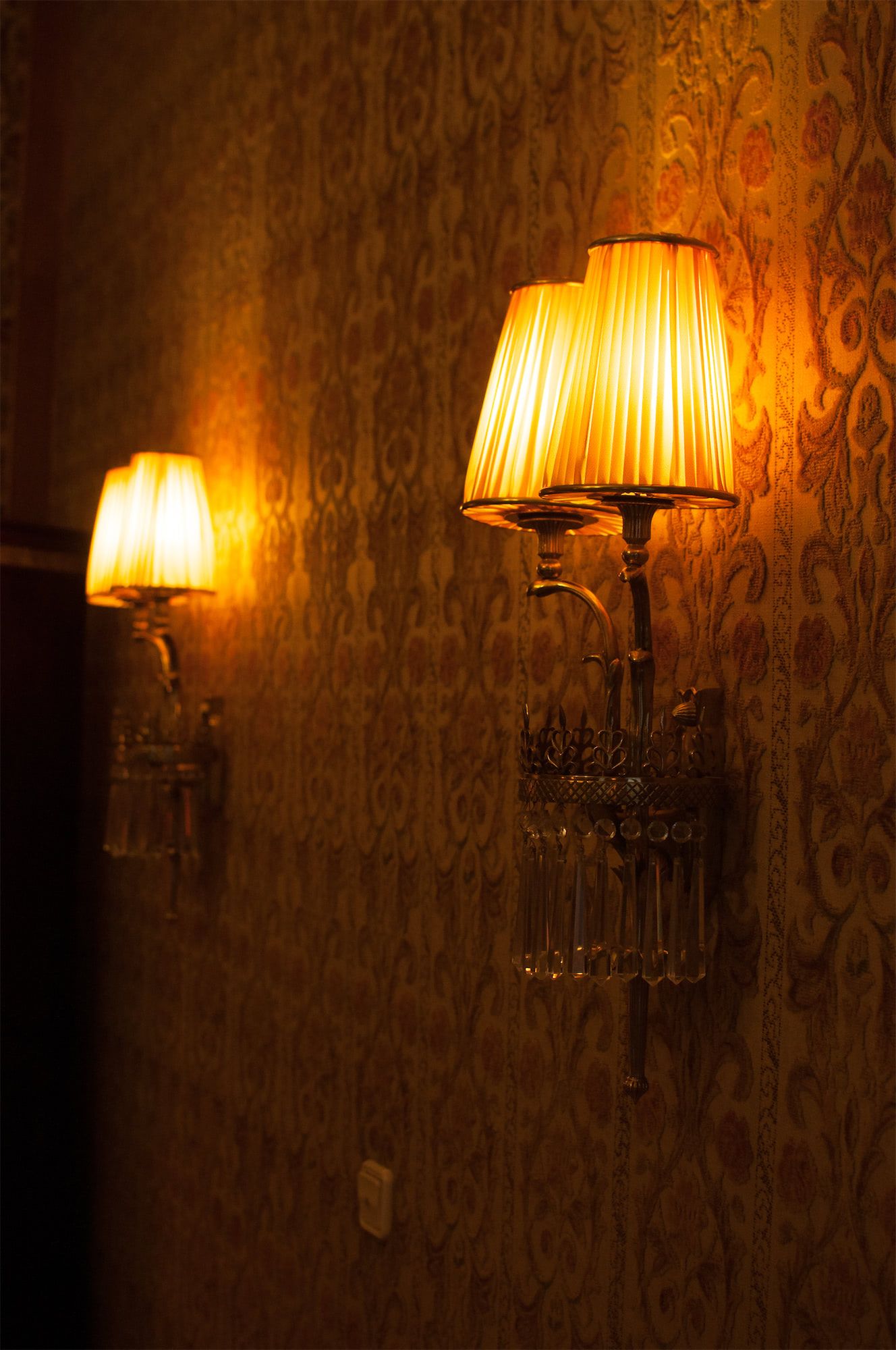 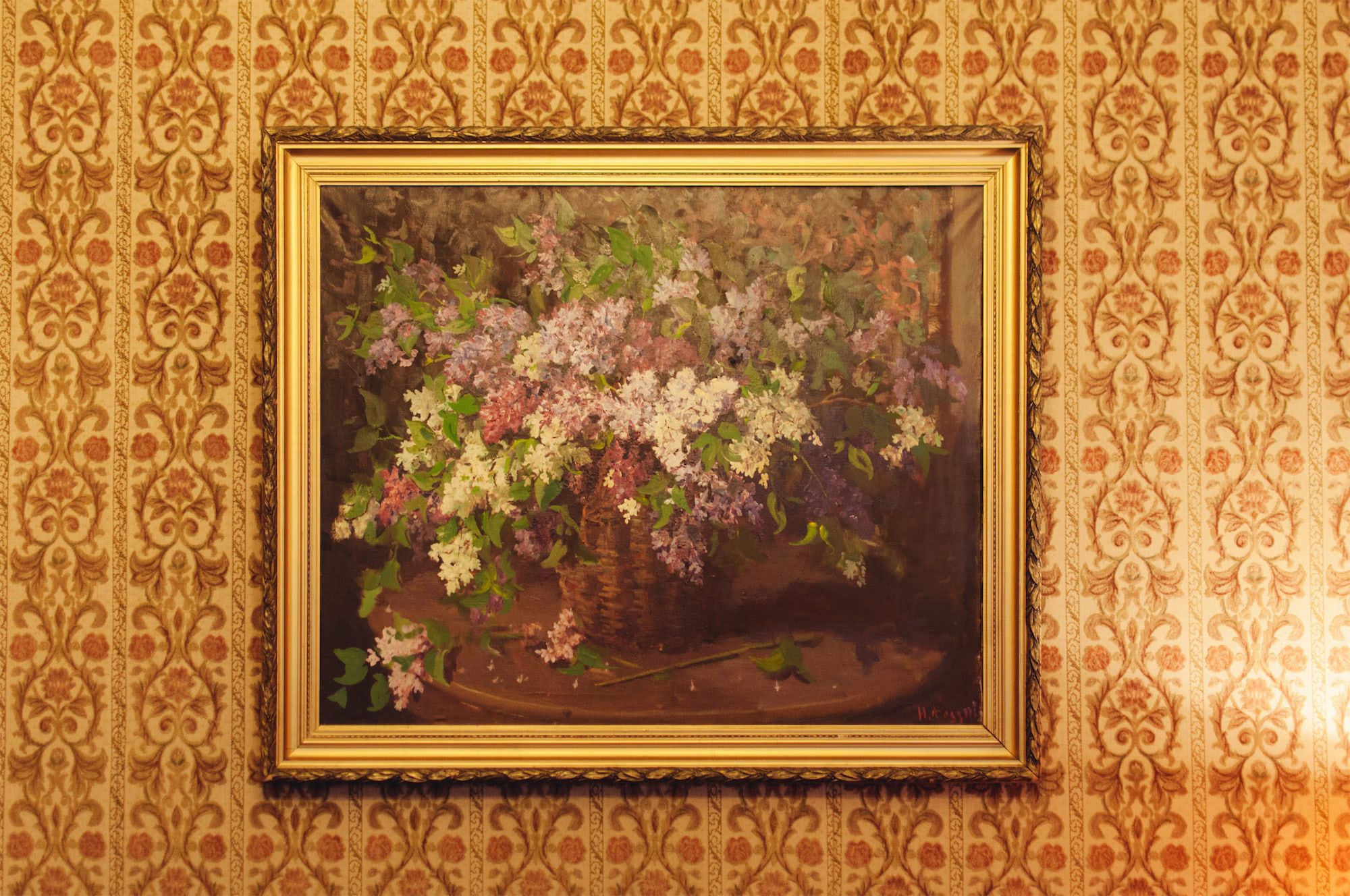 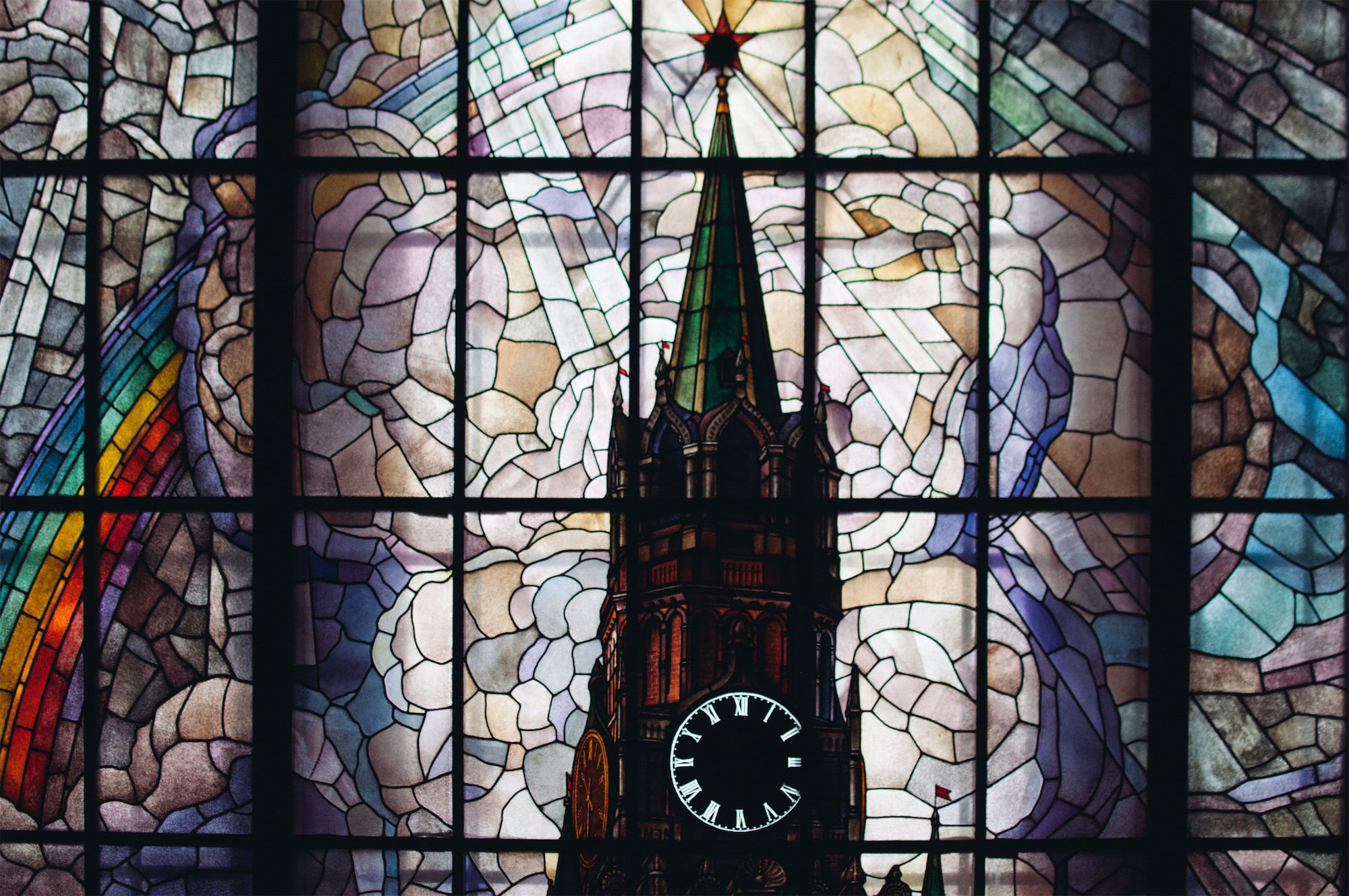 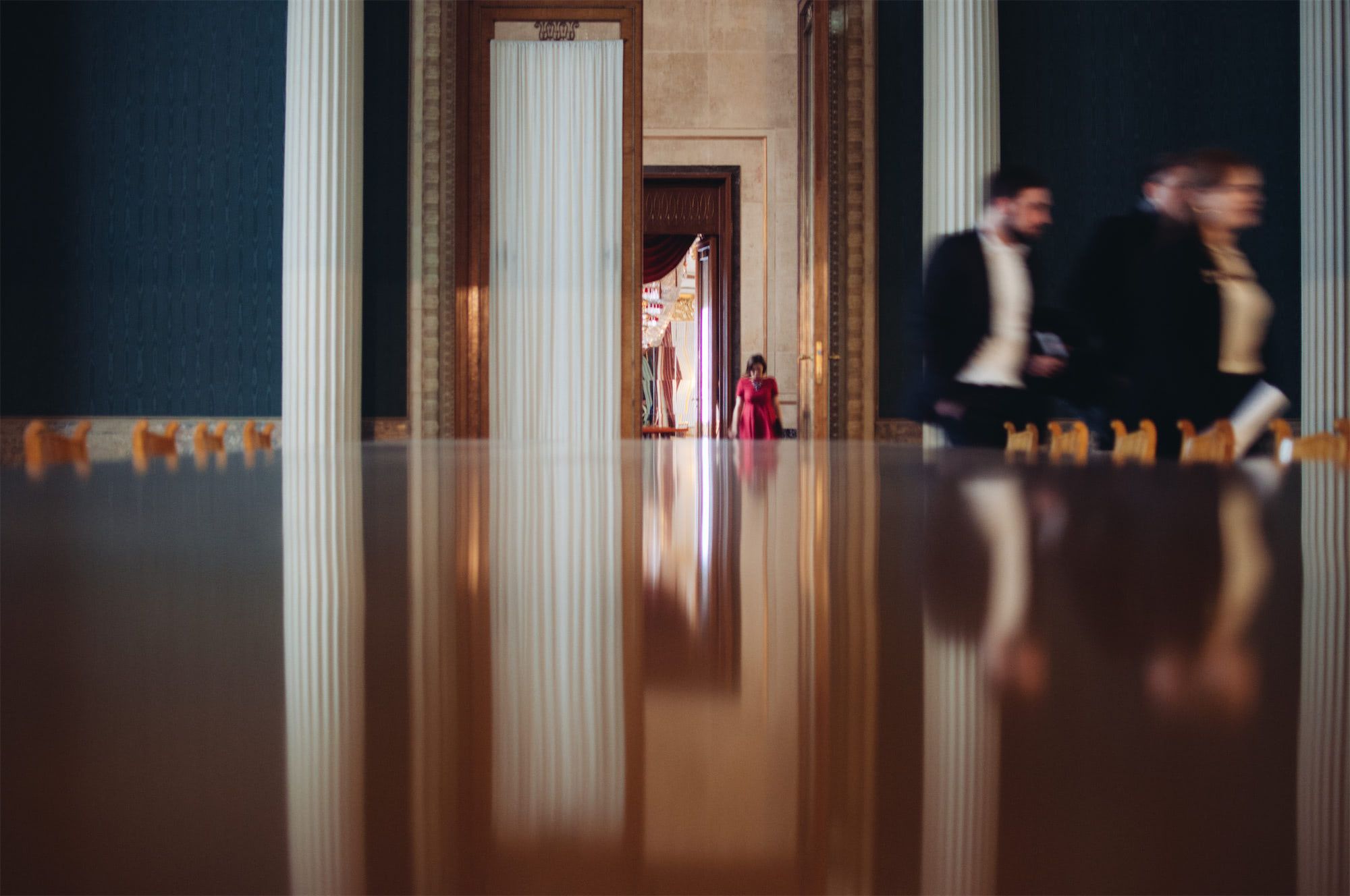 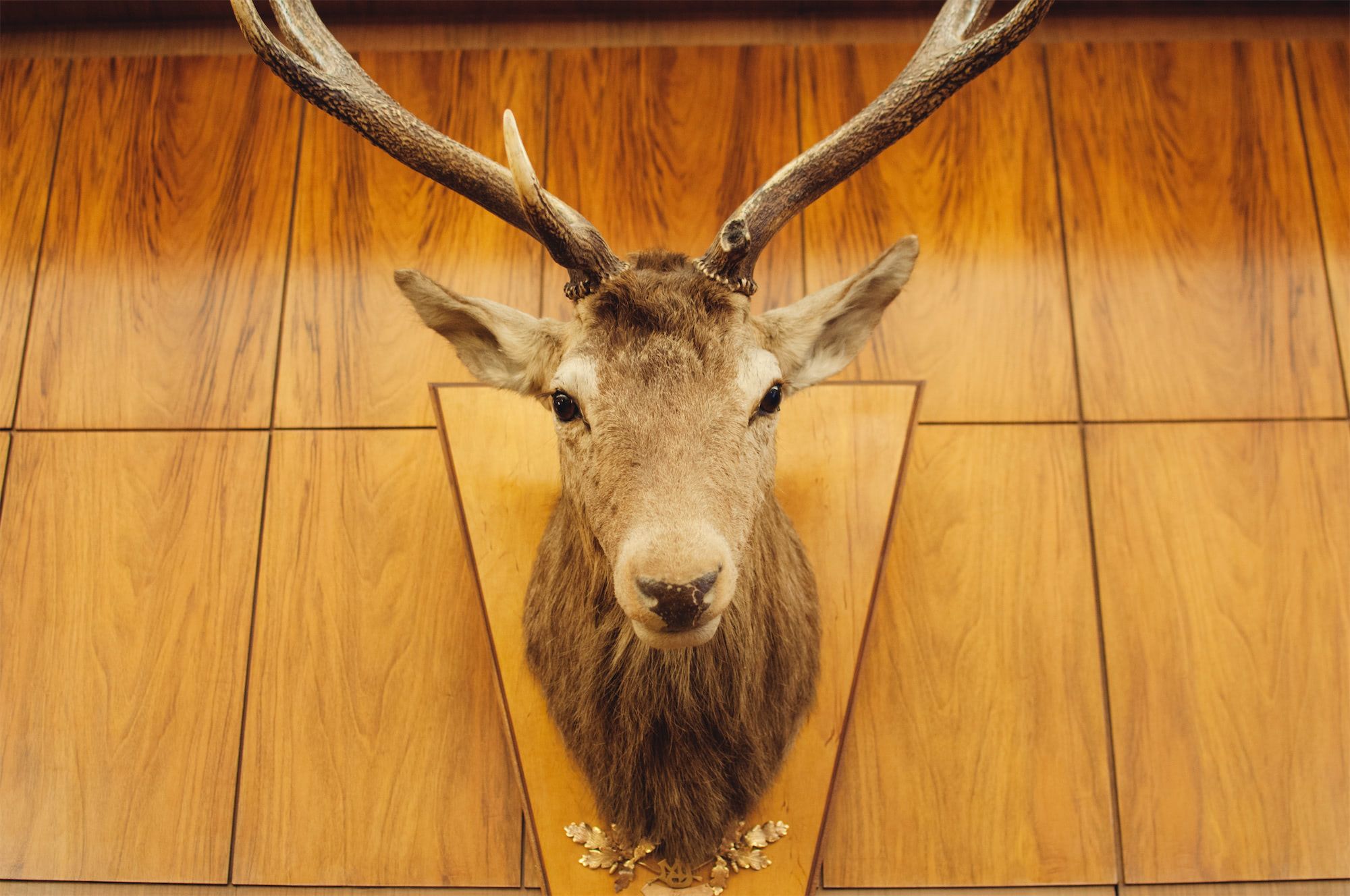