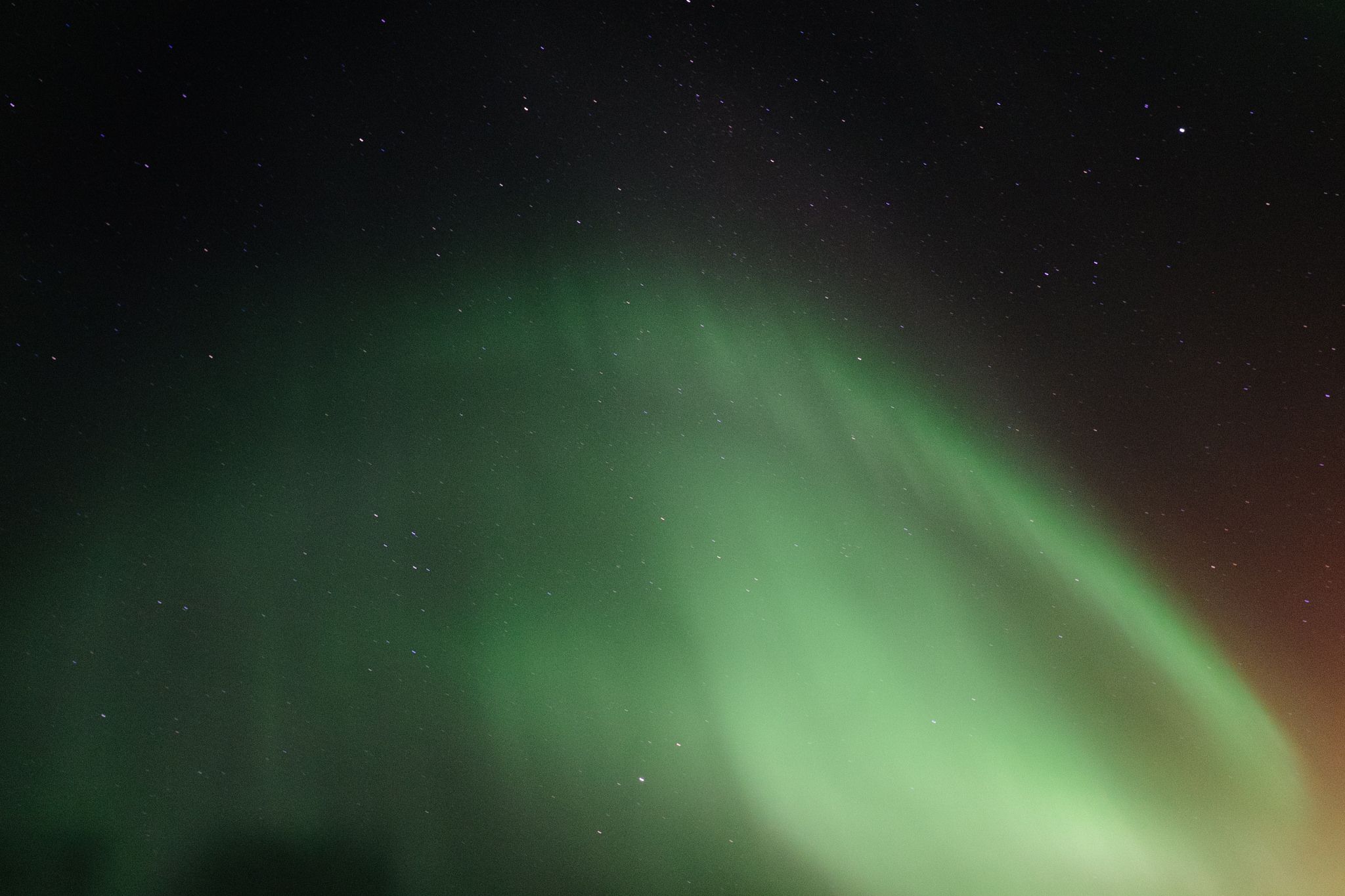 You can’t take a picture of the Northern Lights.

Like me, you can try, with you camera wedged between two rocks on a gravel beach in Iceland, shivering in the cold, your nose running and your fingers too stiff to properly work the buttons. But you can’t take a picture of the Northern Lights.

All the images, no matter how sharp and vivid, are an appropriation at best. For when the lights come out and your girlfriend knocks against the kitchen window, signaling you to come and see, they are barely there. They flicker across the sky, hardly visible against the clouds. Then, as crane your neck and your friends gasp, they morph into something bigger, something brighter, they start stretching beyond your field of vision. You scramble to affix your camera to something, anything.

You curse the algae, damn algae, making the rocks all slippery and shiny in the dark. The waves crash. Above your head, the lights begin to dance across the sky and as you look up from the camera dials, the beach is suddenly brightly lit. You stand in awe. The shutter clicks.

The images are sharp and vivid. You can see the stars. You can see the lights, appearing like nebulae in space. The photos look good, great even, but they are nothing like the real thing. Gone is the dancing, which is frozen in the frame, like the fingers in your coat pockets. And you realize: None of the images you have seen of the lights, adorning iPhone wallpapers and Facebook updates, look like the real thing.

The pictures are unnaturally bright from the long exposure. They are cut off by the limits of the frame, whereas the real thing envelops your entire field of vision, no matter how much you twist your neck. And most importantly, their reproduction doesn’t evoke the same feeling of awe and wonder, of being but a speck in a universe full of dancing particles in the atmosphere. Images of the Northern Lights lay the limits photography brutally bare.

And that’s why you can’t take a picture of the Northern Lights.