The Joy of a Round Photograph

A while ago, dismayed about Snapchat’s byzantine navigation, a friend described the app as “so simple that it’s complicated”. That logic applies just as well to the success of its mother company, Snap Inc.: Its moves are so simple that they add up to something remarkable.

Look no further than Spectacles, the new “smart glasses” Snap is rolling out across the United States to great fanfare. Not only is the marketing behind these glasses absolutely divine (drumming up excitement through rarification), the product also breaks with many gadget conventions. Rather than being complex and powerful, Spectacles are dead simple — a fashionable frame with an embedded camera that records very short clips to share online. But by being so simple, it manages to come across as fun. Remember how Google Glass had transparent lenses? Spectacles’ lenses are tinted, making no pretense to be a tool of any sorts.

All that simplicity, of course, serves a purpose: it makes a new (and arguably invasive) recording device seem much less scary. And then there’s the format: The videos shot with Spectacles are _round, _and look like nothing on the market today. 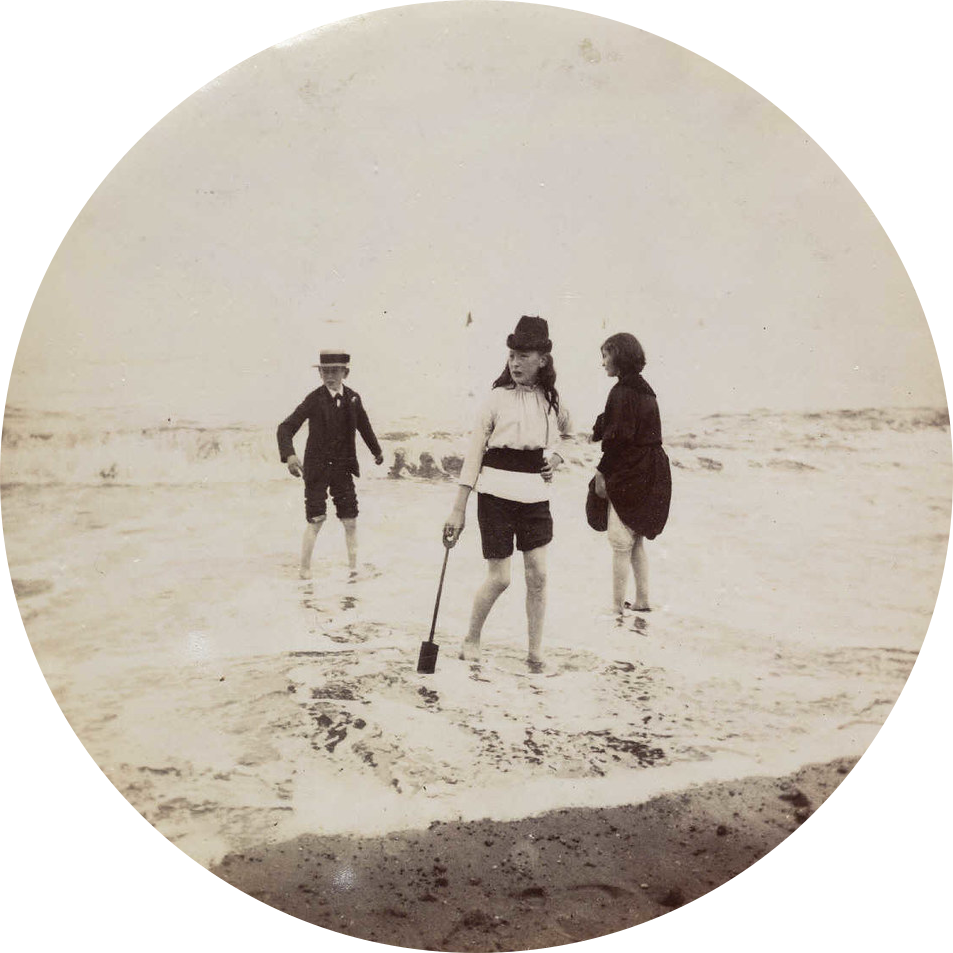 A circular photo taken by the Kodak No. 1, courtesy of the National Media Museum.

Interesting enough, they look like something that was on the market 120 years ago. Back then, Kodak’s first camera — aptly called the No. 1—also took circular photos. You can find a selection right here.

And why not? Camera lenses are round in order to let in the maximum amount of light. A round image is what falls into the camera. But due to rectangular modern camera sensors, which are derived from 35mm film, modern images are rectangular. This means that much of the visual information coming into a camera is cropped and discarded. A reason for that is that it’s hard to build a lens that is perfectly clear towards the corners, and cropping eliminates the unfavorable parts of an image. Remember the TV ad of how fish sticks were supposedly made by cutting the very best part out of a fish? A camera sensor effectively does the same thing.

That Snap is bringing back the round images isn’t just a throwback though: It’s a simple way of ensuring its clips look absolutely unique, regardless of where you are viewing them. And circular images replicate the human way of seeing — we’re not constrained to rectangles, after all.

But most of all, these clips are really fun. Just like the Spectacles themselves, they’re doing something ambitious (redefining how we capture our world) in a very basic way. These clips look lifelike, and it’s delightful to see the format of the photo being challenged so effortlessly; calling in question the very definition of what we consider an image. What started out as static, rectangular shot is quickly turning into a short, moving image that can take any shape it wants.

This morning, I noticed that the first sentence of Snap’s Twitter description reads: “Snap is a Camera company”. The startup is boldly moving forward from its origins as an app maker — which makes it one of the most exciting players in the photo space. Now if only they could fix the byzantine navigation of their core product.