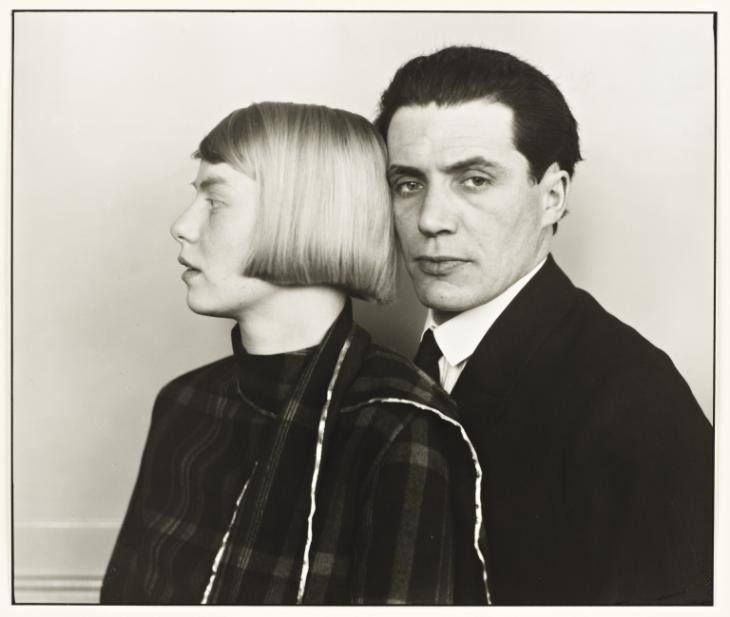 Earlier this year, I stumbled upon a rather simply black and white image. It shows three young men, dressed in formal attire, and tilted hats, standing on an open field. It’s a simple enough historic image, but it has a way of grabbing you: The white colors and the pale hands jump out at you, the dark suits hint at a lush velvet, and the facial expressions, solemn, doubtful, if slightly amused, are perfectly framed by the rim of the wide hats.

If I didn’t know better, I’d consider it staged, taken with a modern camera before a painted backdrop, as the three gentlemen seem to hover on the sandy path they’re on, standing right at focal plane, with the background a delicious blur. I saved the photo on my phone, but I had no idea who had taken it until a few days ago when I read an article by Teju Cole that briefly mentions the German photographer August Sander:

In the work Sander produced around and just following the First World War, he created a catalog of images that stood in for an entire generation in Weimar Germany. Farmers, cooks, stevedores, teachers, priests, and manual laborers were all represented in their full dignity, and Sander achieved something like a double-portraiture in each case, because each actual individual was at the same time a representative type.

I punched Sander’s name into Google and there the three gentlemen and their lopsided hats showed back up — theirs is a fairly iconic picture, it turned out. Sander took it in 1914 during that mammoth quest to portray his fellow countrymen and entitled it “Young Farmers”.

Ironically, the manner in which I stumbled upon this photo, more than a hundred years later, mirrored the words I quote above: The picture immediately seemed representative of something, if not of a compendium of work, then at least of the keen eye of a photographer who knew exactly what he was doing and how to work his camera. I poked around for more of his pictures and found a surprising number of striking photos by Sander.

Here’s his shot of “The Architect Hans Heinz Luttgen and his Wife Dora”:

I had gleaned this from looking at his photos, but I didn’t quite understand what caused that uncanny sensation in the first place — not until I read Katherine Tubb’s article for the Tate, which goes into the history of Sander’s project and the political surrounding it.

“(…) Sander sought to depict an old identity in a new world that could no longer accommodate it.”

Sander happened to take photos right as the world stood on the stoop of a new age. His Young Farmers were to walk right into an age of machines and industrial production, the architect’s wife stared right into a future that would roll back all the rights she had gained during the Weimar Republic.

The world in Sander’s images is about to collapse, and maybe, just maybe, his subjects even had an inkling.