combined with steel and wire and

pollen to make up your firm 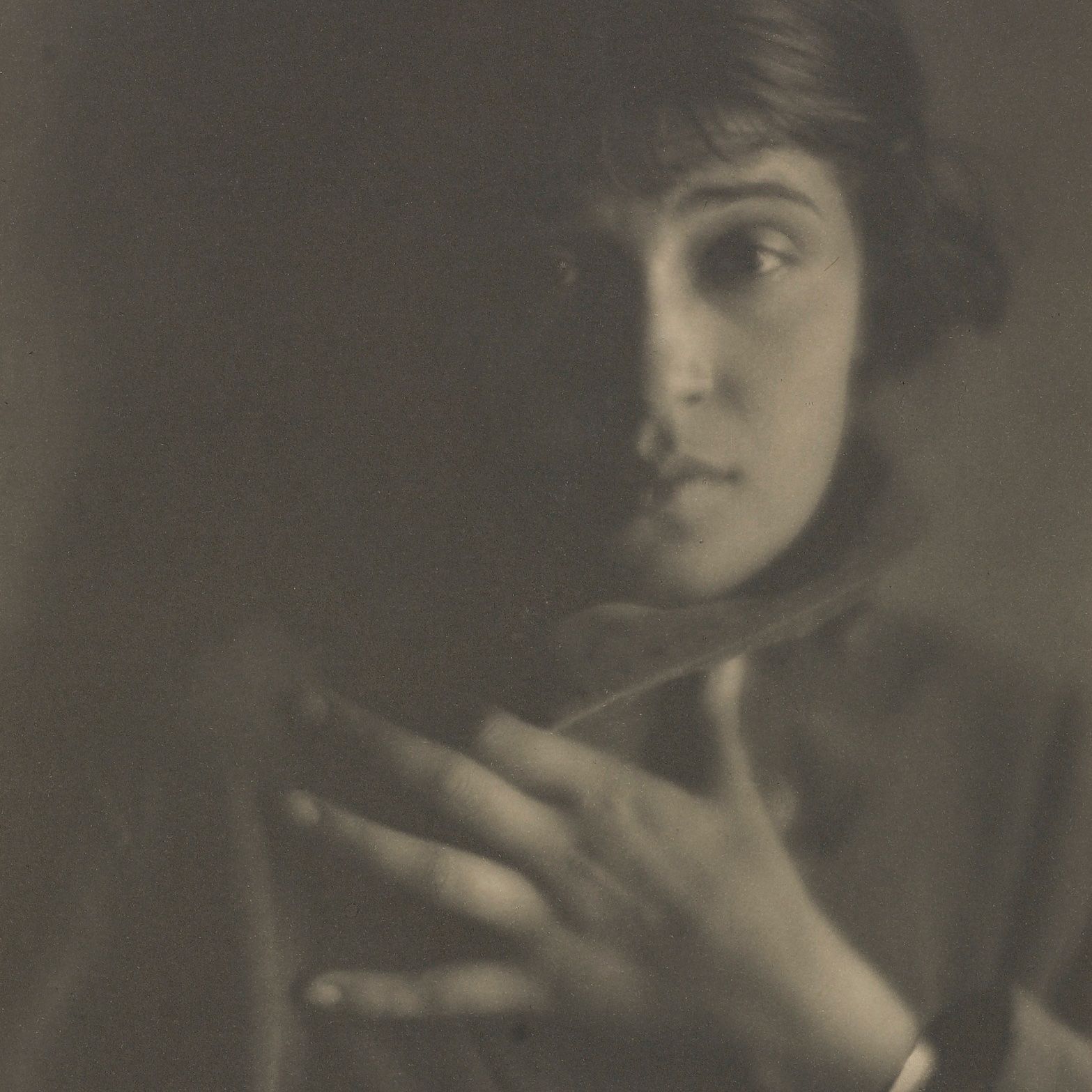 I could say that I started this episode because Tina Modotti was many things at once. An actress. A photographer. A spy.

I could say that I was drawn to her minimalist work. Her time in Mexico. But none of that would be true. I got interested in Tina Modotti because of the look in her eyes.

The look was captured in 1921 by Edward Weston. It’s a dark, grainy black and white photo. On it, you see a woman standing before a wall, slightly out of focus. She has her hand on her neck, holding up the collar of a trench coat. And while the left side of the picture dark, the right side shows her face. Tina Modotti looks right at the camera, with a mixture of shyness, aloofness, and… seduction.

As hard as the look is to describe: It’s even harder to forget. Recently, I heard about the concept of “Anterior Future”: The idea is that photos are particularly powerful if they show something that’s about to happen.

When the capture foreshadows an event we know will take place. The portrait of Tina Modotti is an innocent one, there’s no imminent danger visible. But of course we do have the benefit of hindsight. Tina’s portrait was taken in the United States in 1921. Eight years before, she had arrived by boat from her native Italy, started working as a seamstress, and eventually acted in a few silent movies. When the picture was taken, Tina was living in Los Angeles with her husband, a Canadian poet and painter. But her life was already in upheaval: Edward Weston, who took that portrait, had just become her lover.

The photo was snapped right before Tina’s life changed dramatically. We know this now, and that’s what makes it so powerful. It was taken before Tina’s husband went to Mexico and she followed him, only to discover that he had died of smallpox, just two days before her arrival.

The photo was taken before the newly-widowed Tina and her lover Edward Weston established themselves in Mexico. Before they started hanging out with the artists and expatriates of the hour. She befriended Frida Kahlo and posed for Diego Rivera, appearing in some of his murals. She even met the exiled Russian revolutionary Leon Trotski.

The 1921 portrait captured her before she started taking photos herself, before she began documenting post-revolutionary Mexico, a country she called “full of light”. In their biography, the Museum of Modern art describes them like this: “Tina Modotti’s photographs blend formal rigor with social awareness”.

Her first pictures were studies of light and form, but later included workers and peasants, mothers and children. Her later photos reflected the social injustices she found in Mexico — and her political leanings. Tina Modotti joined the Communist party, worked as a photographer for its newspaper. She split with Edward Weston, who moved back to America. Instead, she began going out with a young Cuban revolutionary, who was assassinated just a few months after they had met. 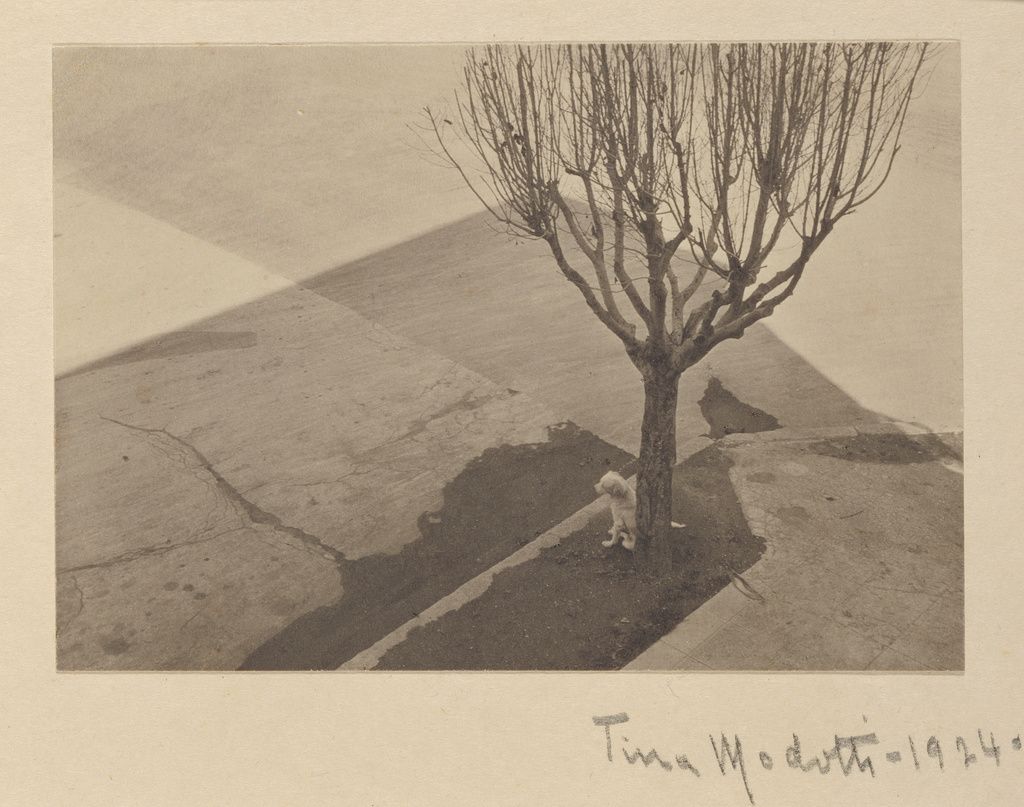 Hindsight tinges our perception. When I look at Tina Modotti’s portrait from 1921, I now see curiosity as well as sadness, about a future she couldn’t possibly have know. But it also shows resilience. She was not one to give up. And when they expelled her from Mexico because of her communist leanings, when they took away the life she had made for herself, she didn’t give up. She moved to Berlin, then Moscow, working for the Third International to further the Communist cause she believed in.

She stopped taking pictures sometime around 1931. We don’t know why — only that she seems to have wrestled with its role in what she called “social production”. Maybe she had doubts that her photos were serving the political goals she was fighting for. Or maybe she was simply too busy, working briefly as a spy in Poland, falling in love with a fellow Italian revolutionary, who—as rumor has it—might have been involved in the murder of her Cuban partner, back in Mexico. The story grows a bit hazy here.

She didn’t just outgrow her portrait

What’s certain is that she made it back to Mexico, under a false name that she had adopted in Spain, where she volunteered for the international brigades in the fight against Franco’s fascism. We also know that she died in Mexico, when she was just 46 years old. Her heart failed while she was riding a taxi. It was 1942, war was raging across the world, and it was just 21 years after the shutter clicked to take that portrait.

We know that Tina Modotti experiences the tragedies, upheavals of many lifetimes in those 21 years. But let’s just imagine that there was also some joy.

Let’s imagine that her portrait, partly dark and partly bright, captured the nuances of the life she was about to lead. And let’s just be melancholic about this unlikely photographer who outgrew not just her portrait, but also photography itself.