It’s a unique station, mainly because it’s in the middle of an intersection and you enter through a set of twin stairs. Supposedly, they were built to accommodate people coming and going at the same time, but in practice it leads to utter chaos: You walk down the stairs into oncoming crowds and get spit out on an island in the middle of the road, cars and trams on either side, the smell of French fries in the air, pigeons flapping by.

The most prominent feature of the restaurant? A large black and white print of the subway stop, showing a curiously different reality: The same station, then called Dimitroffstraße, completely devoid of crowds, save for one lonely pedestrian. It almost feels like he could be Mr. Dimitroff himself. 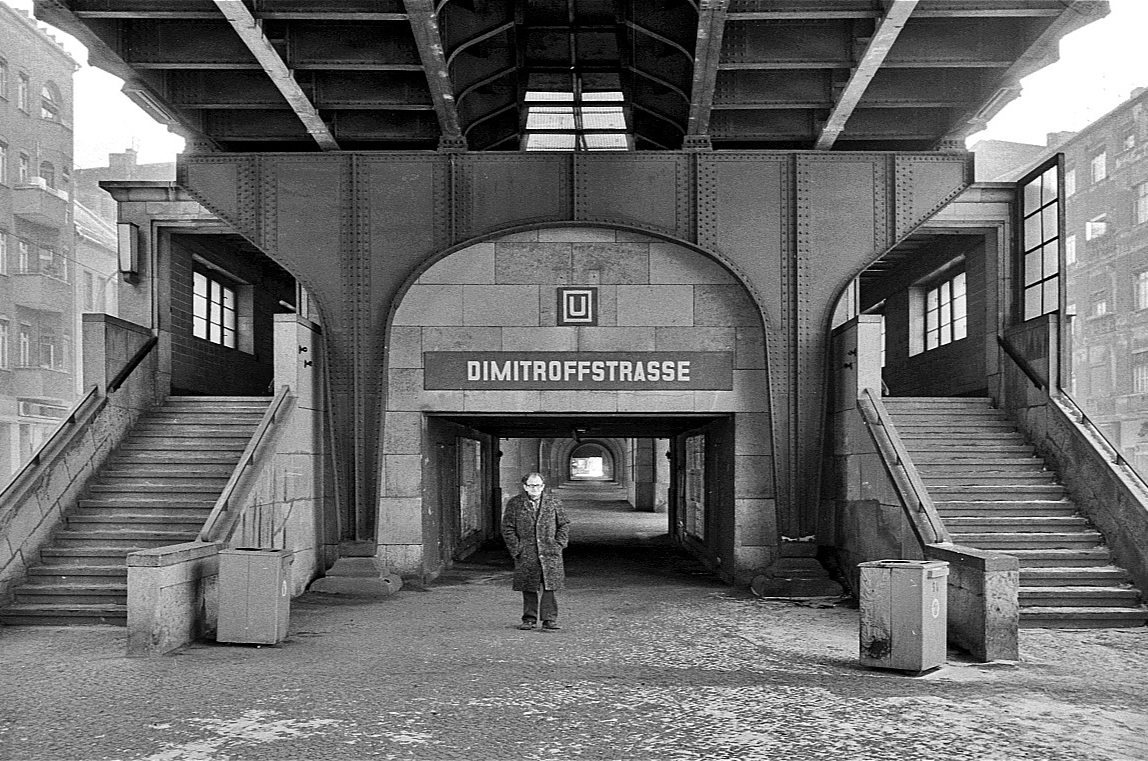 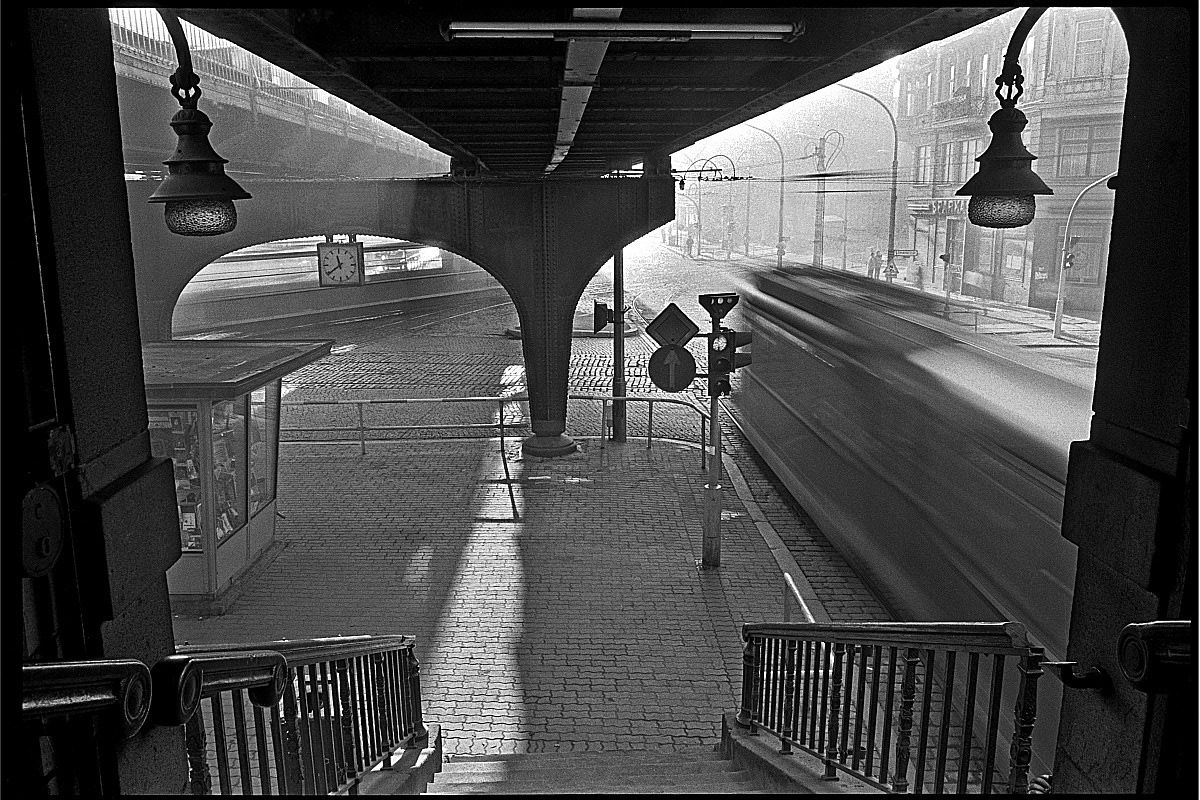 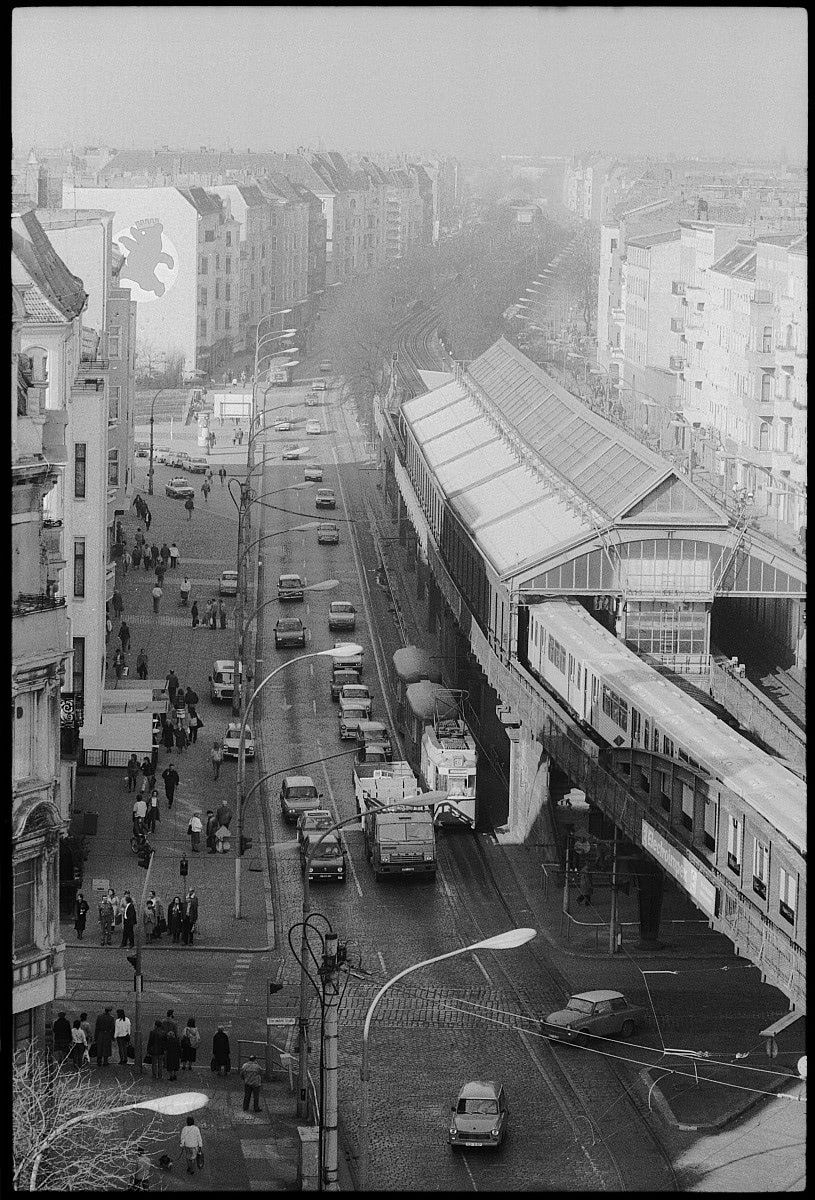 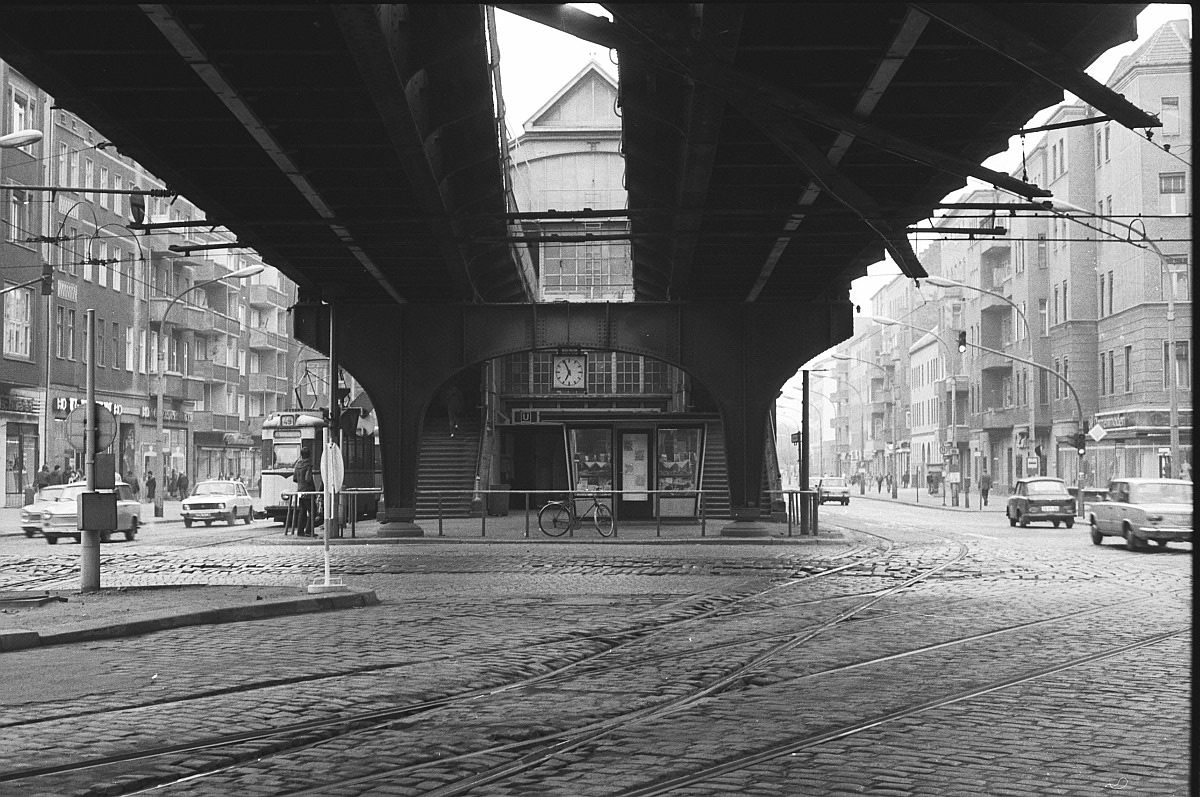 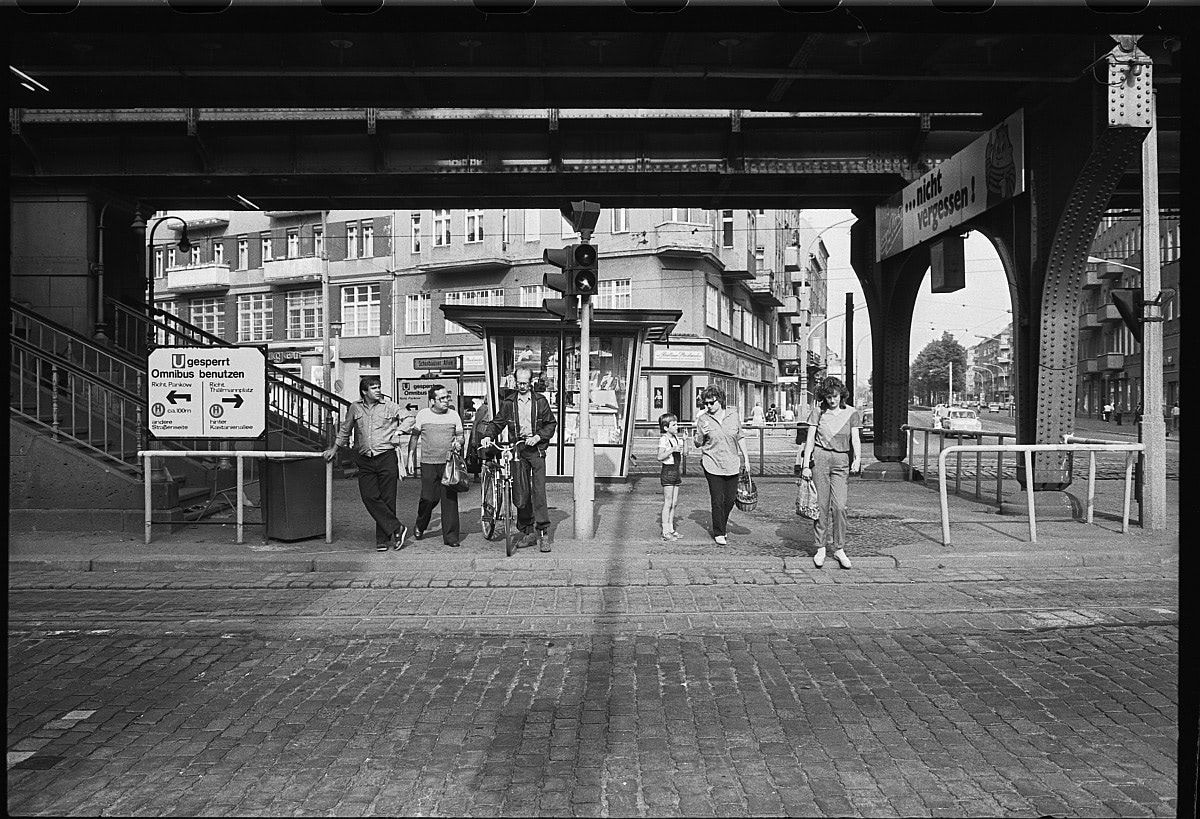 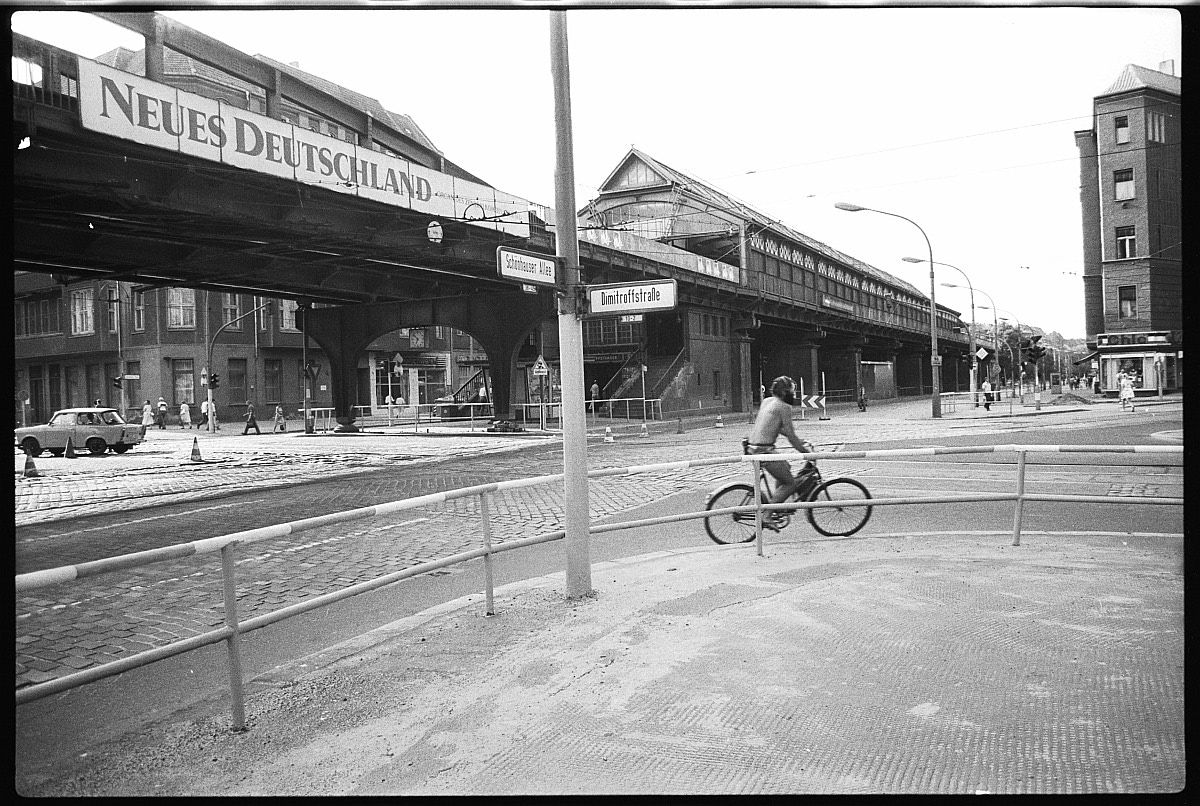