The Work of Art in the Age of Feigned Rarity 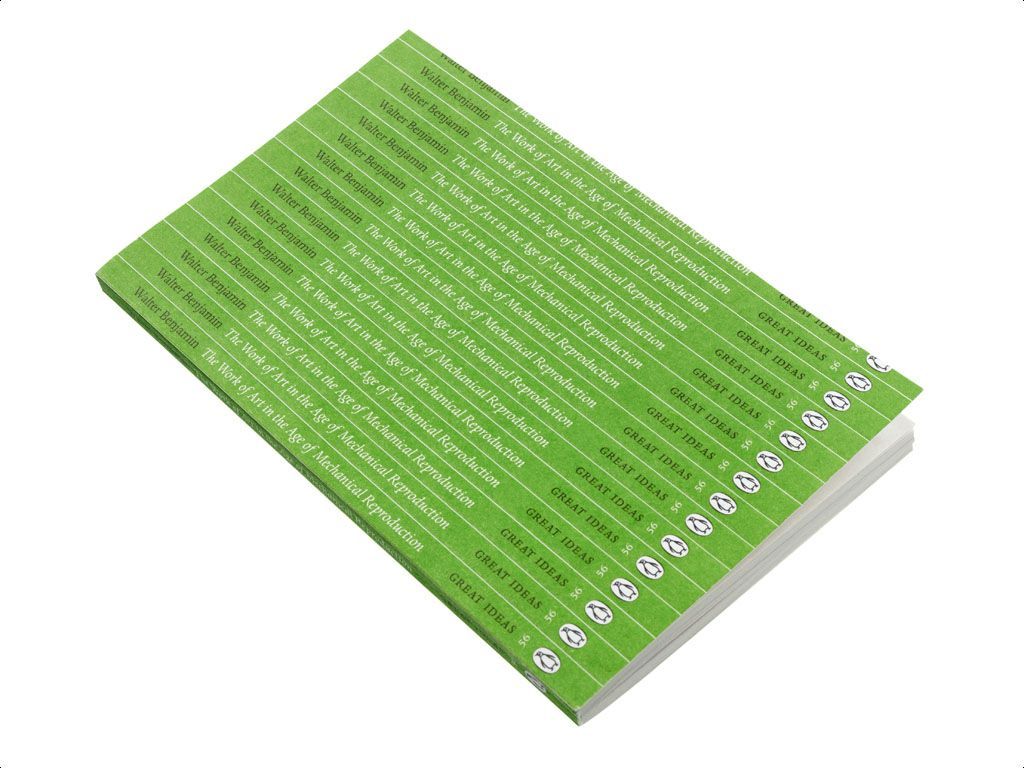 Penguin’s edition of Walter Benjamin’s famous essay has one of the greatest cover arts I’ve ever seen.

The Baader-Meinhof phenomenon, also known as the frequency illusion, describes the effect of learning about something and then noticing it absolutely everywhere.

I may very well be falling victim to exactly that, but in the week since I first saw the term NFT on Twitter and had to look it up, it has absolutely exploded: Just as people across the world are coming to terms with what it is1, NFT attached to digital art pieces are selling for mind-bending prices, just as everyone scrambles to understand what exactly NFTs even are and if they make any sense.

Lately, there’s been a strange confluence of events that have challenged our understanding of value: First, there was the Bitcoin craze in January, followed by the GameStop investment boom, now NFTs for digital art or pop cultural moments. Separate topics in their own right, but each tied to the question of what anything should be worth, and if that value makes sense.

Should a string of numbers on a blockchain be worth thousands of dollar even though its only value lies in the fact that someone else might pay even more for it? Is a physical video game retailer suddenly a valuable asset, just because we collectively decide it is? And is there a point in claiming ownership for a piece of art that can be (and is) infinitely copied?

Proponents of cryptocurrency invariably tie value to the commodity’s rarity—but that’s exactly where NFTs are so different: While the blockchain ensures the token attached to an artwork is rare, the artwork itself isn’t—and can’t be. And yet: People are willing to spend a lot of money on the token, often in the hopes of the value rising at some point in the future.

Discussing the concept of NFTs on an afternoon walk today2, I suddenly thought back to Walter Benjamin’s take on the value of artworks once they became reproducible: To him, a piece of art possessed an “aura”, an authenticity that gets lost when an original is copied. To Benjamin’s mind, aura can be encoded in a work of art (such as a painting), but atrophies in the copy. It’s a spiritual concept for sure, but a good short hand for why we find a unique and analoge piece of art more valuable than an infinitely reproducible one.

In the newsletter for Real Life, Rob Horning picks right up on that same concept:

Under the guise of re-creating aura, it extinguishes the possibility of aura once and for all and asserts that cash is king. NFTs create property rights in memes, which might otherwise be understood as an aspect of the cultural commons. The result is to make ownership the only meme, the only concept we ultimately share. “You’re buying a feeling,” venture capitalist Ben Horowitz, an investor in exchange platforms that make NFT trading possible, tells the Times, and he means it as though it is a good thing.

NFTs seem like a sleight of hand to me: They don’t confer ownership of the real thing—because they can’t—instead externalizing it into a token. Meanwhile, the work of art remains stubbornly devoid of value, no matter the elaborate system built around it create the illusion of rarity.

All this doesn’t mean that grown-ups shouldn’t be free to spend their money on whatever they find value in—but NFTs seem more like smoke and mirrors than a revolution of the art world.