The City in the Weeds 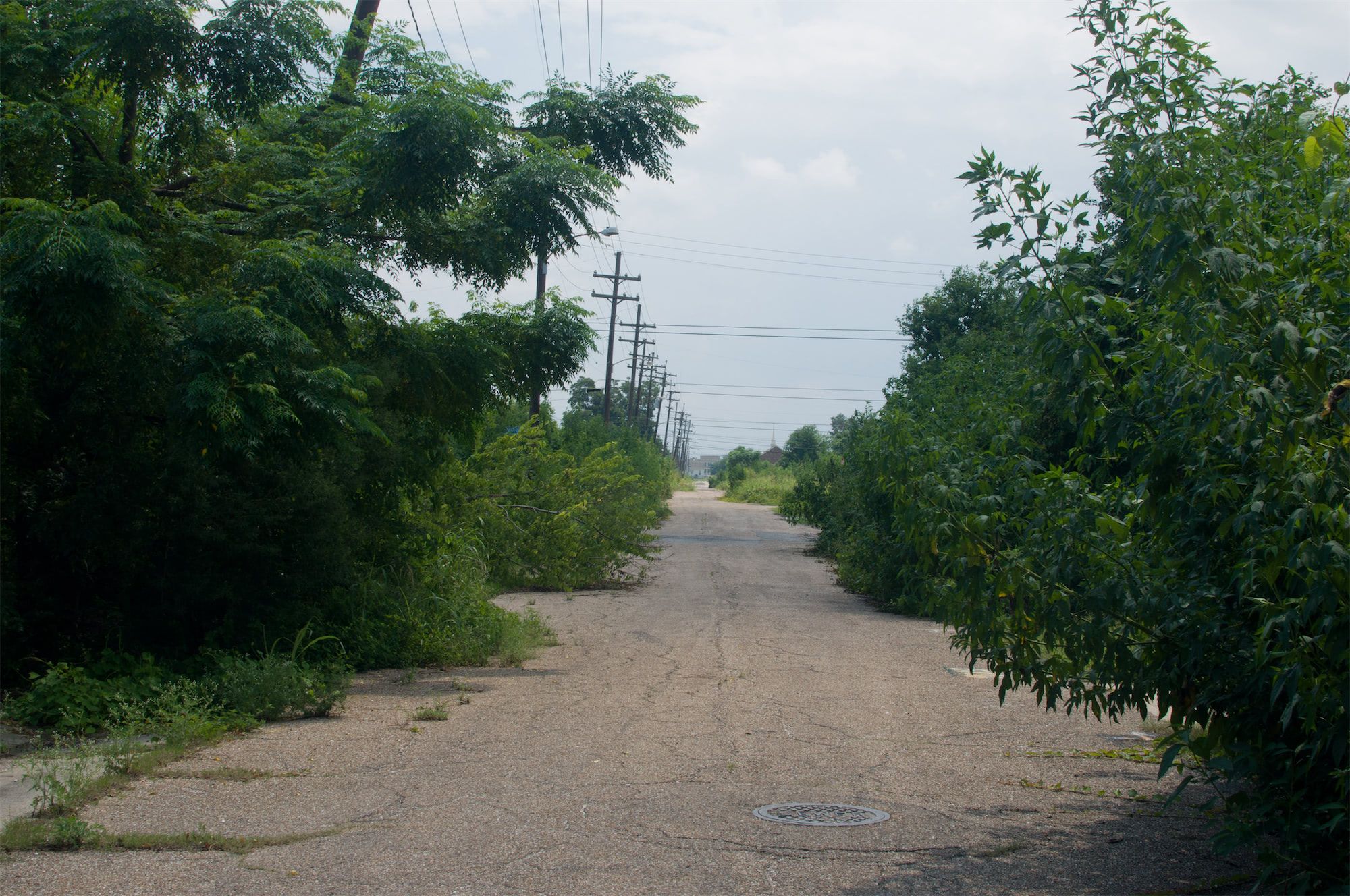 I still remember seeing images of Hurricane Katrina in some German newspaper—particularly one specific picture of a person, submerged in the flood and holding a fist over the surface of the water. It was as though they were protesting the storm itself, facing it with the kind of resolve reserved for absolute crises.

Today, the inner city of New Orleans hardly shows any signs of 2005’s devastating flood. Most tourist areas had barely been touched by the storm and leaving the French Quarter of the city only shows the occasional abandoned home; often with smashed windows or signs advertising the property for sale.

To really experience the aftermath of a natural disaster, one has to drive even further out, into the Lower Ninth Ward to take a walk across cracked asphalt and among weeds higher than one’s own head.

It is among the chirping insects and oppressive heat where the squalor following the hurricane becomes abundantly clear: there is simply nothing left of what one could call a city. Even today, seven years after the hurricane, the entire neighborhood is virtually devoid of homes and while the occasional property still has the front steps of a former house in place, the neighborhood has mostly returned to its origins of a swampland: Weeds sprout from each empty lot, crickets chirp in the tall grass and if it wasn’t for the occasional house in the midst of these plants, it would be hard to shake the illusion that the grid of streets had been arbitrarily drawn through this jungle.

Sidewalks are lined with greenery and often lead right into a 2 meter wall of ivy; lamp posts stick out of the green; it all looks entirely unreal. 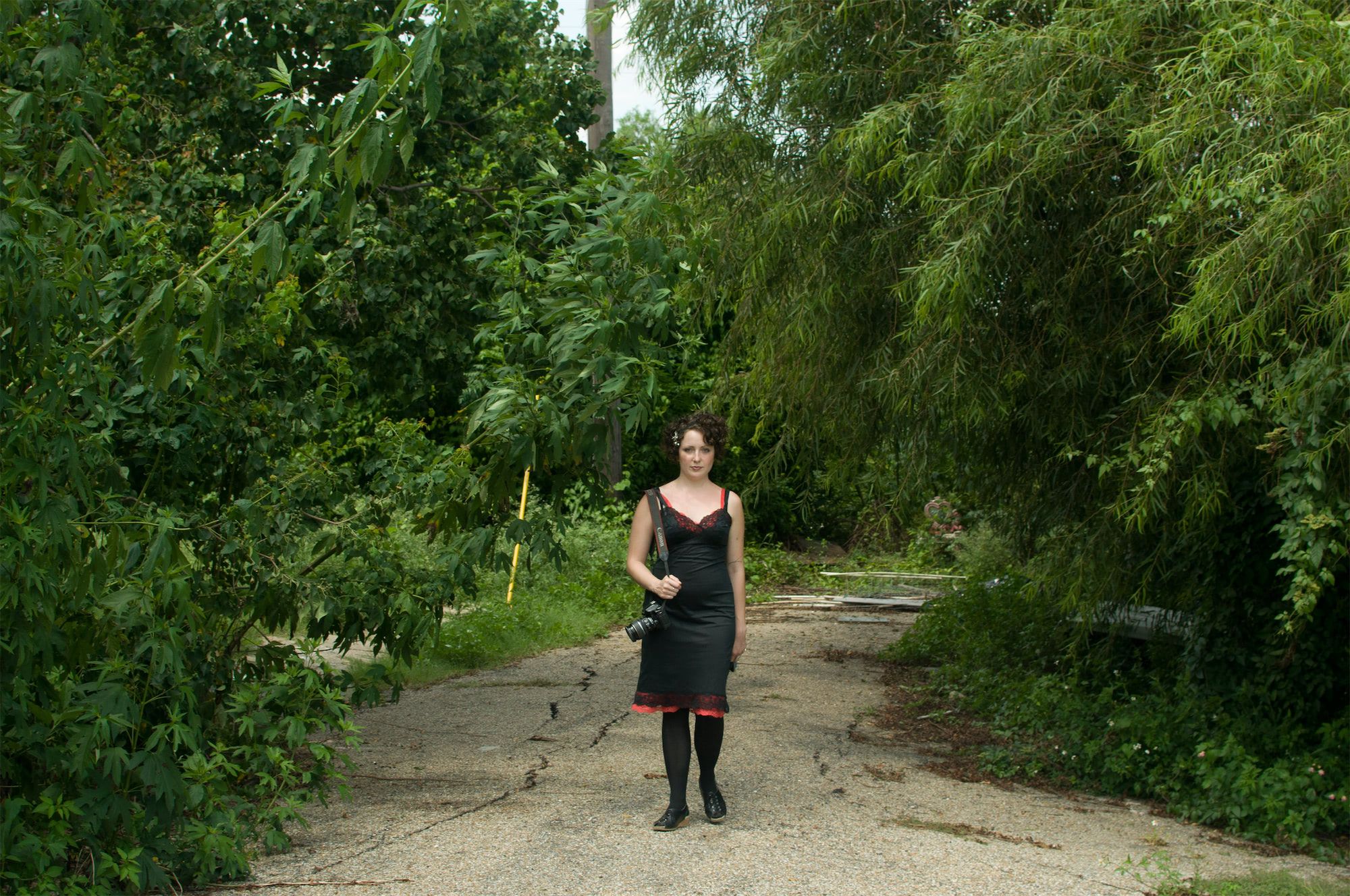 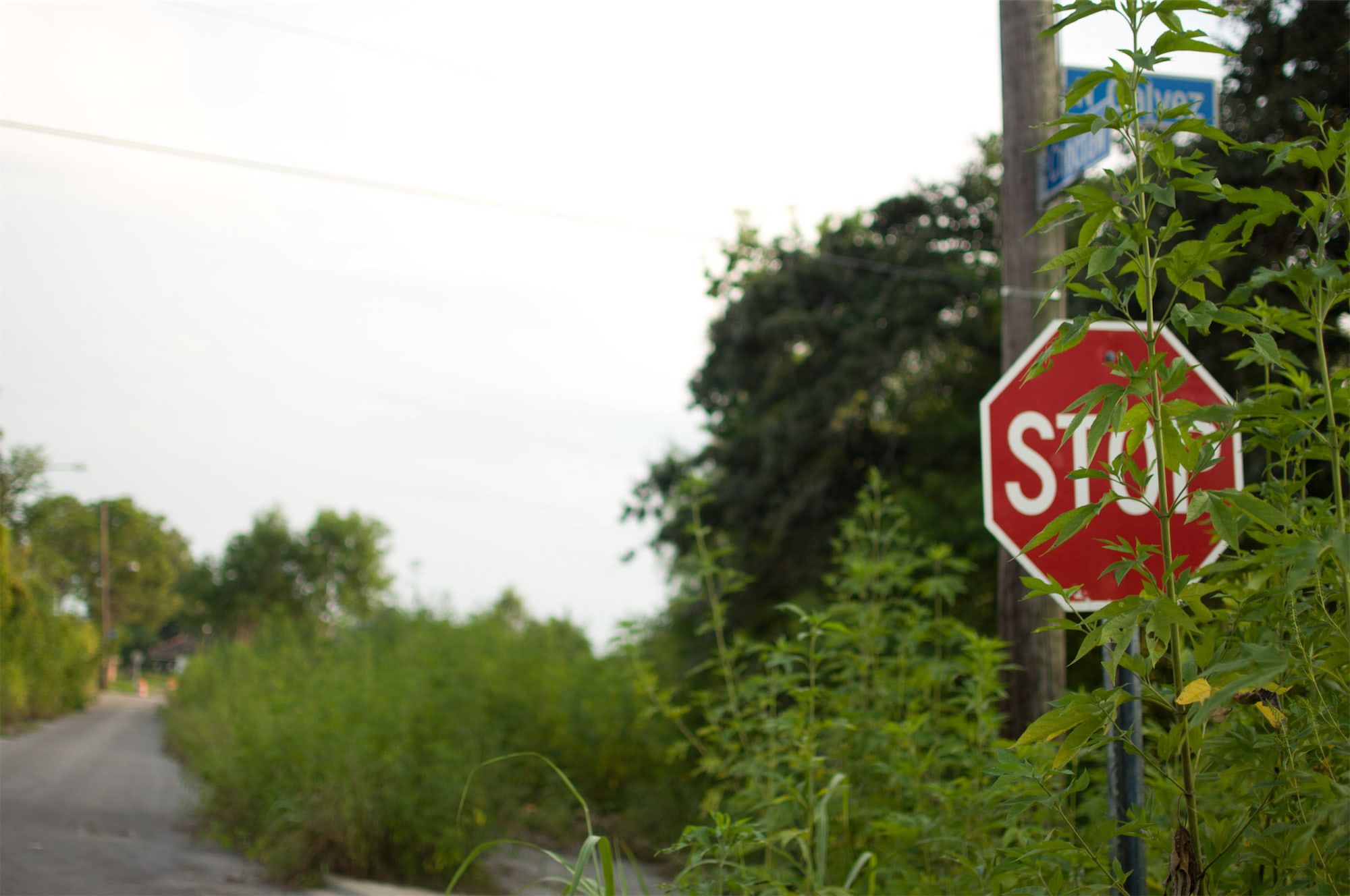 In this area, the devastation from the storm had been so severe that many of its inhabitants had moved away and abandoned their neighborhood entirely.

When you see the spot where the levee broke and let the flood waters in, you can’t really blame them for it either: This might very well happen again. Nevertheless, it is stunning to see how quickly nature has reclaimed the entire area, how a storm and seven short years suffice to almost entirely eradicate the traces of humanity in a once lively neighborhood.

Having what amounts to a desert of weeds in the middle of a city obviously raises many problems: The Lower Ninth Ward now suffers from waste being dumped onto the empty properties, it faces new crimes—such as the burned out cars we spotted on our walk—and (according to reports) even bodies being hidden in there.

It isn’t hard to see why: With barely any population left, no one is watching. The further away one travels from the main street, the more deserted it effectively becomes. 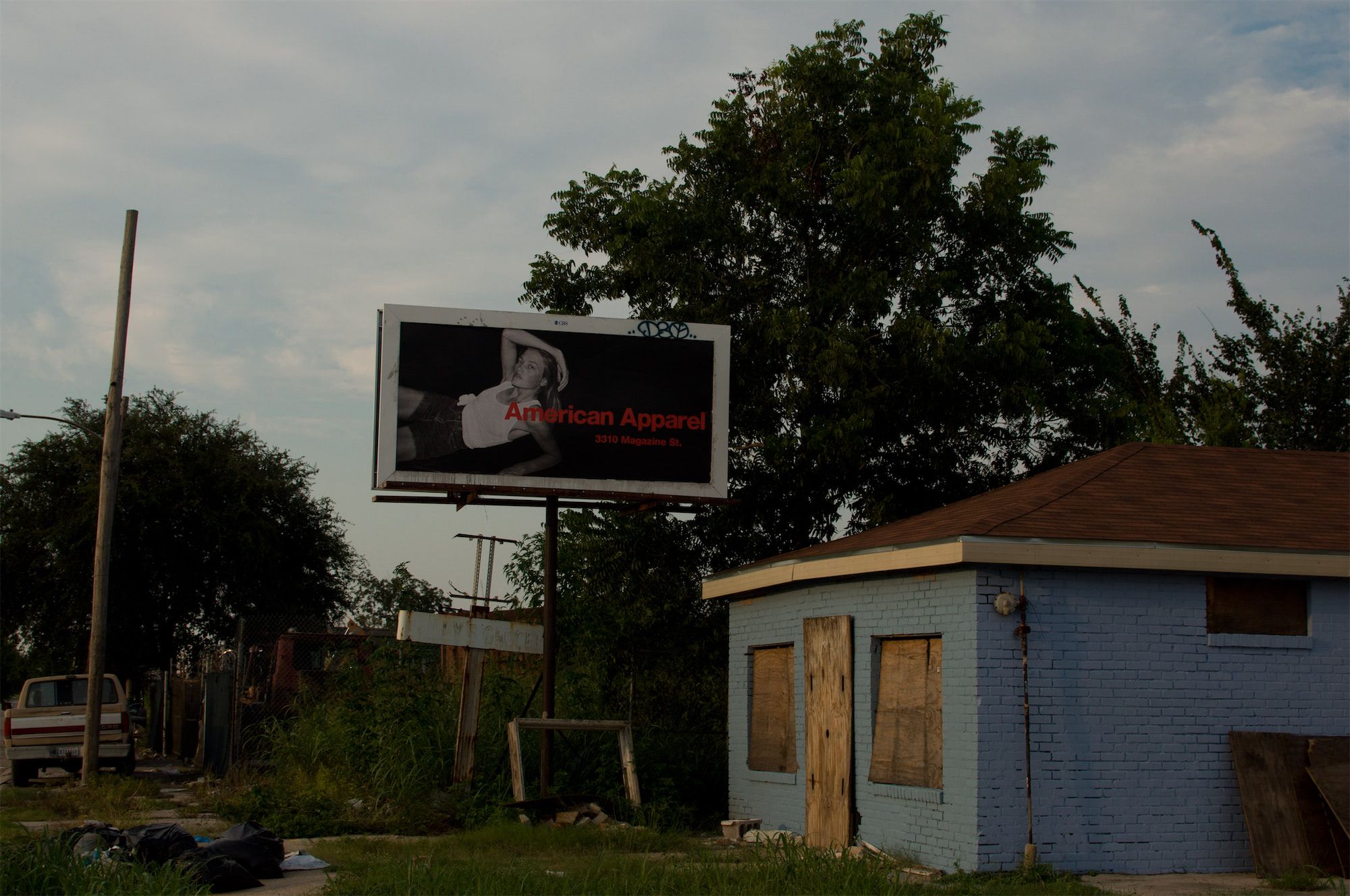 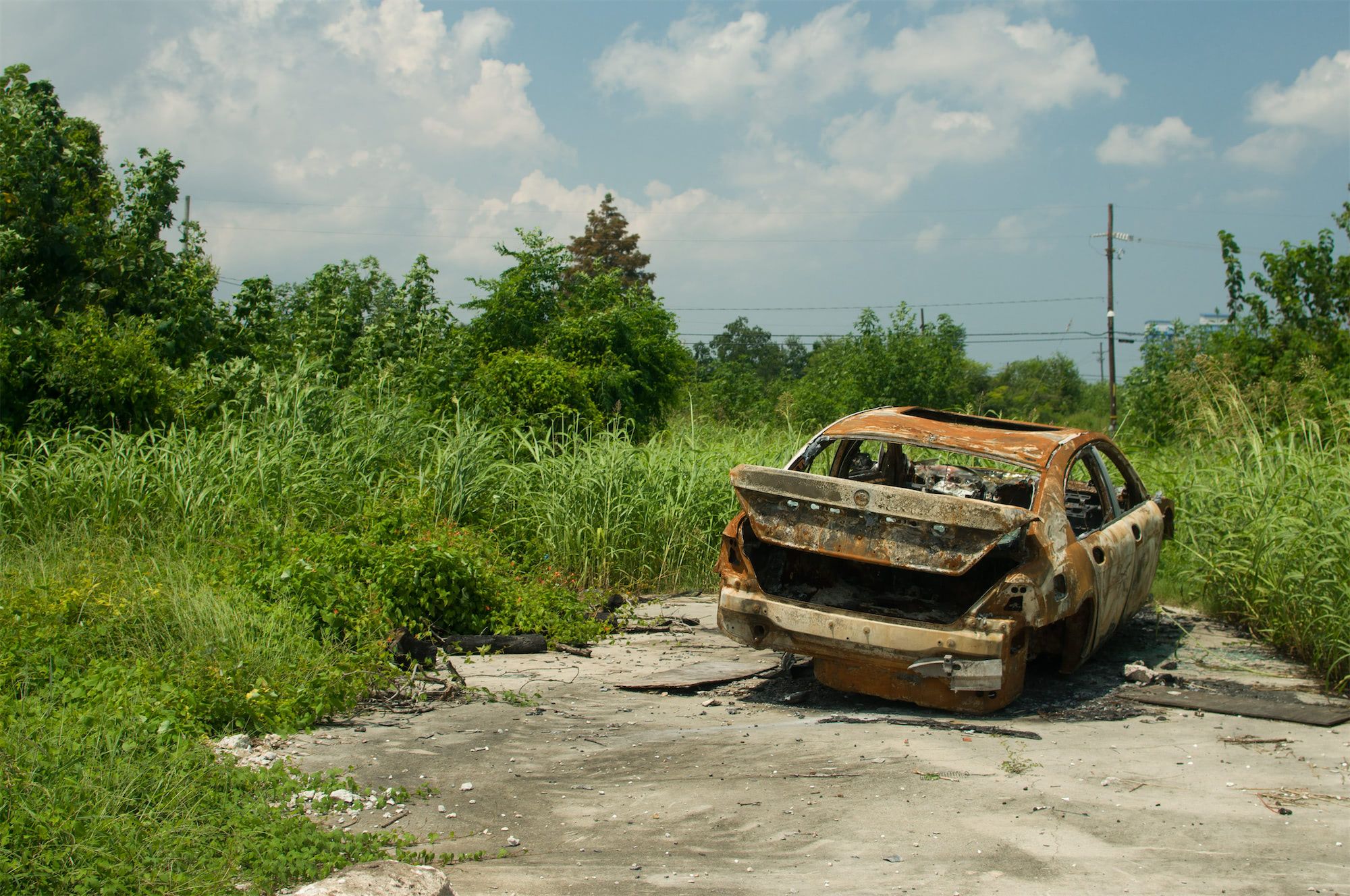 Considering this, it is all the more encouraging to see the efforts being made to revitalize the community.

The scale of emptiness was so vast that any ideas of restoring the neighborhood to its old state appear utterly unreal. Instead, we witnessed people building urban farms on the empty properties, growing vegetables, keeping chickens and working with the few remaining inhabitants to provide them with a perspective other than the very real despair they must feel.

A guy from Ohio, roughly our age, had just wrapped up his days’ work and told us all about the initiative, his eyes glowing. It struck me as somewhat ironic—much of the neighborhood had once been plantations, land on which freed slaves later settled. Following the destruction caused by Katrina, it is now turning into farmland all over again—very different in nature but yet somewhat reminiscent of the old times.

“A while ago, there was an article in The New York Times Magazine called ’Jungleland’”, the urban farmer said, as he stared into the orange evening sunlight. “They suggest that this whole area should basically be abandoned and given back to nature. We don’t agree with a whole lot of that… when we see this, we want to make it ’Promiseland’” 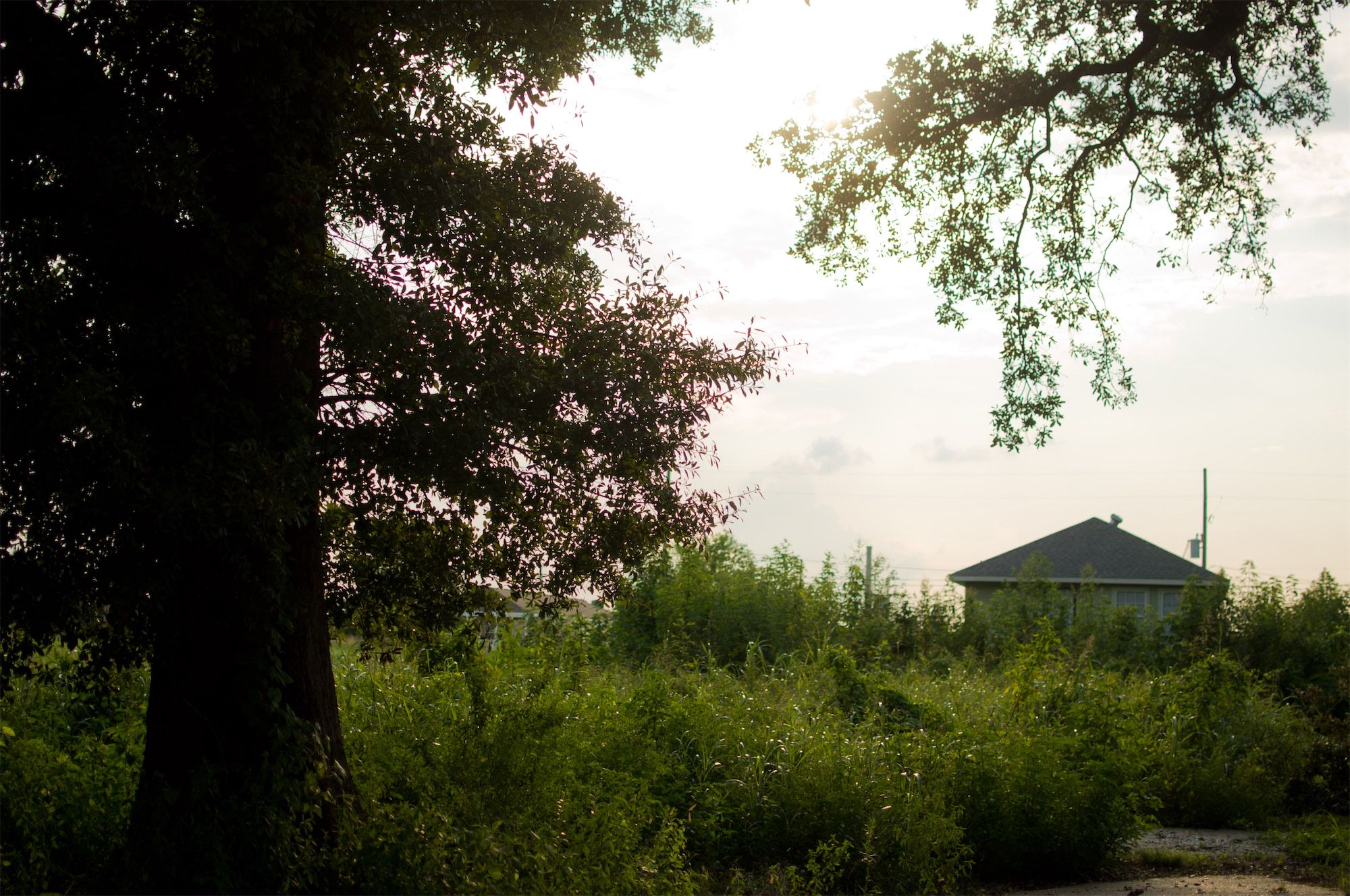 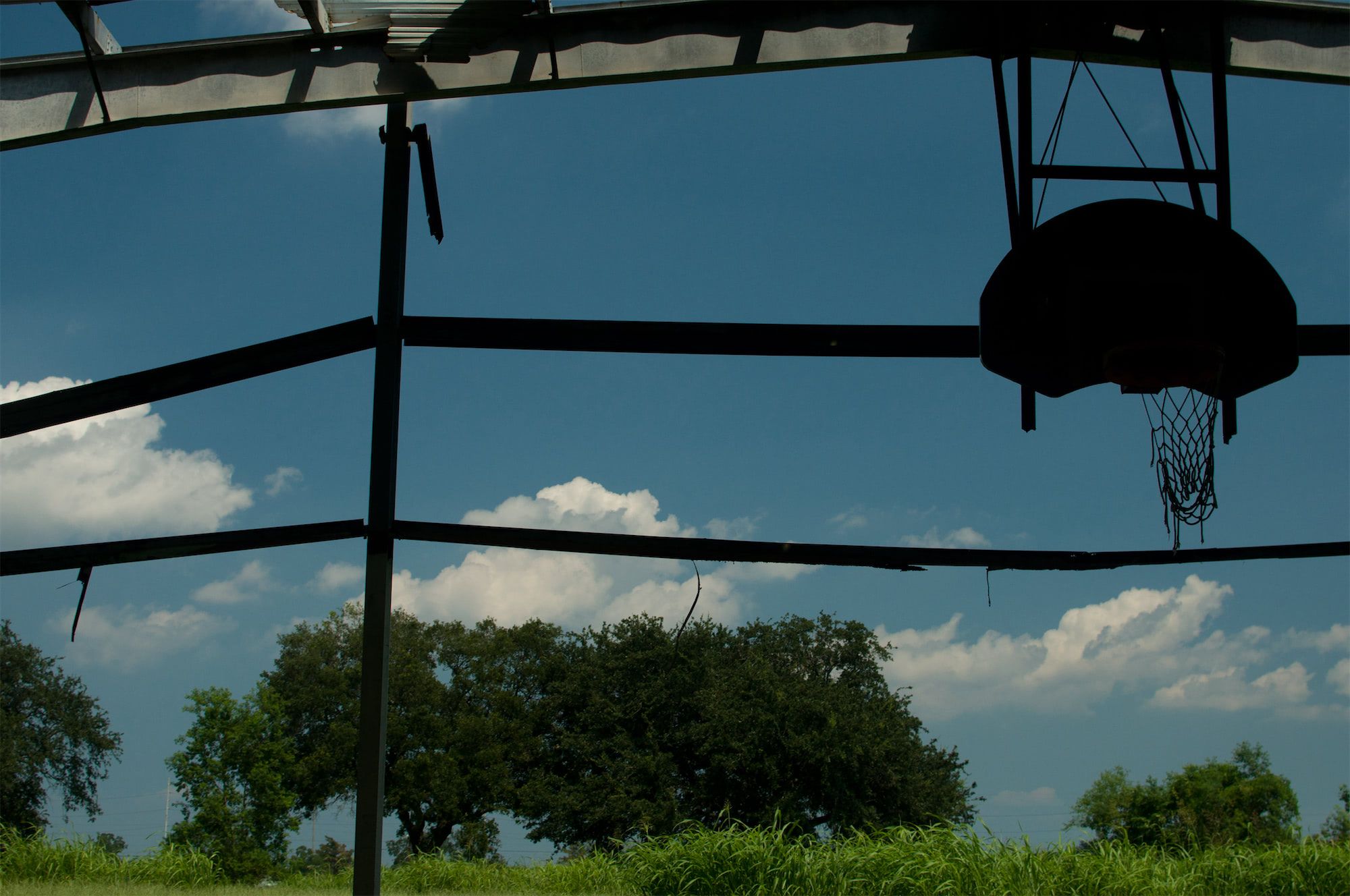 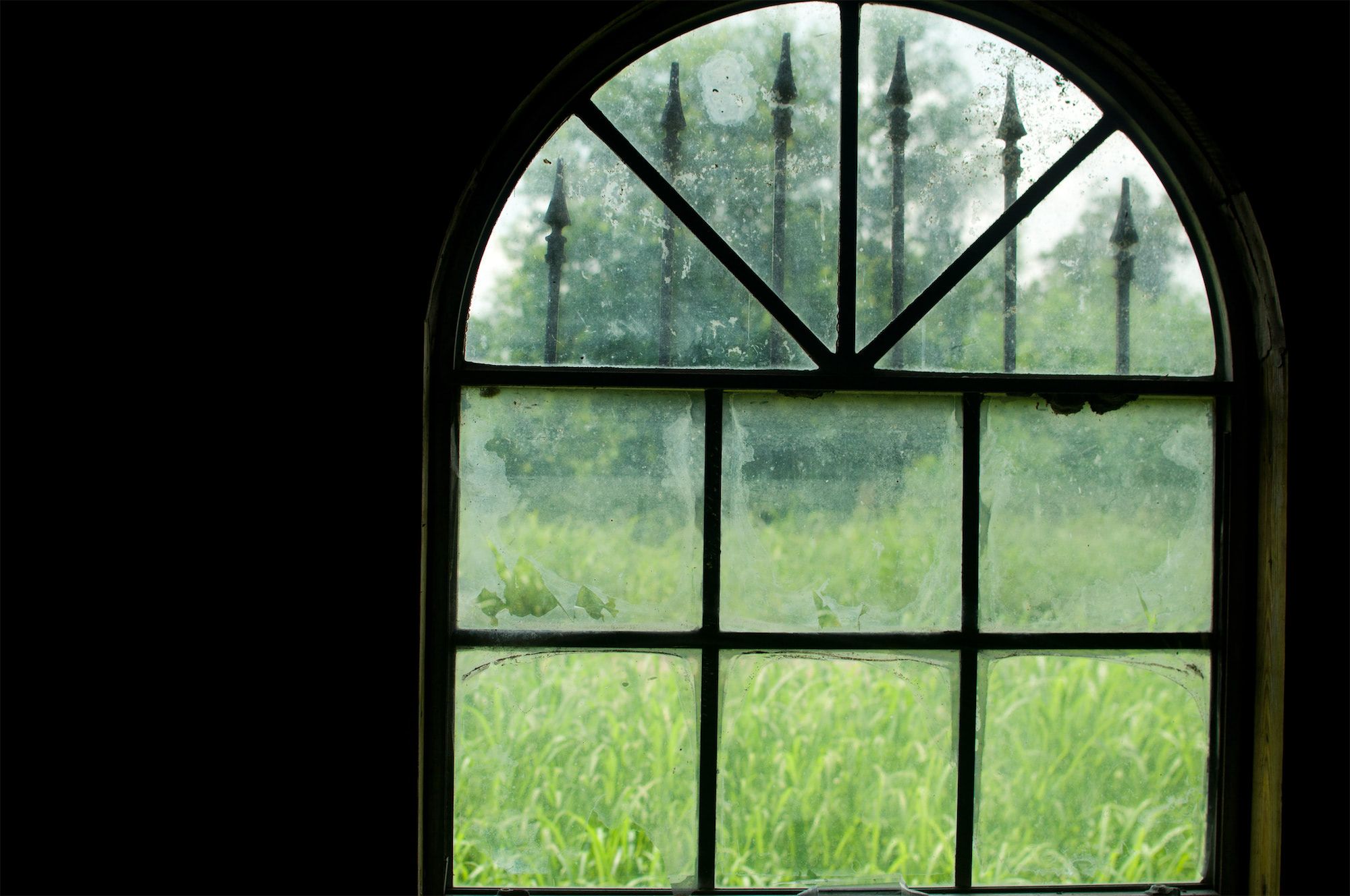