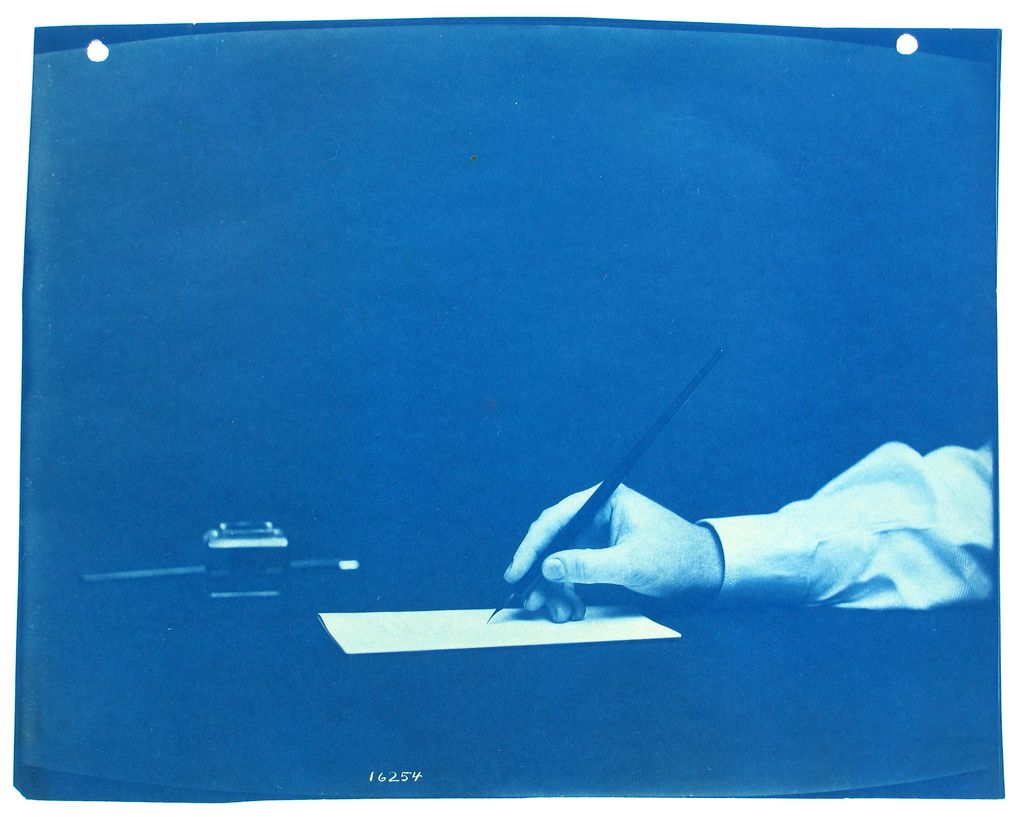 Cyanotype ˈsʌɪənə(ʊ)tʌɪp A photographic printing process that produces a cyan-blue print. Engineers used the process well into the 20th century as a simple and low-cost process to produce copies of drawings, referred to as blueprints.

Cyanotypes were developed in 1842, the third ever process to produce stable photographic prints. Conceived as a way of copying documents, it was repurposed for photography by the British scientist Anna Atkins, who some consider the first female photographer.

Prints created with the process have a distinct blue color. In English, it’s sometimes called Prussian Blue, but I am partial to the German translation “Berliner Blau”. According to Wikipedia, it’s the “first modern color pigment not present in nature”. And just like the city, it’s in equal parts artificial, modern, and captivating.

Now if only it wasn’t so toxic.