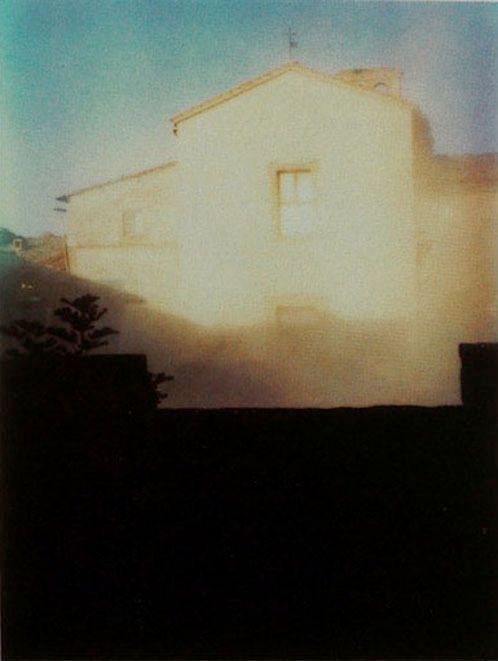 Andrei Tarkovsky, the acclaimed Russian film maker, also had a thing for still pictures—as evident by his collection or Polaroids. Unfortunately, the book with his work is out of print, but I came upon an article that relays a remarkable story printed in the book’s introduction:

At my wedding in Moscow in 1977, Tarkovsky had a Polaroid camera in his hand and he moved about happily with this instrument which he discovered only recently. He and Michelangelo Antonioni were my witnesses at the wedding (…)

Antonioni, too, made great use of a Polaroid at the time, and I remember that during a reconnaissance in Uzbekistan for a film that in the end we never made, he wanted to give three elderly Muslims a photograph he had taken of them. The eldest, after casting a brief glance at the image, gave it back to him, saying: ‘Why stop time?’ We were left gaping in wonder, speechless at this extraordinary refusal.

Tarkovsky often reflected on the way that time flies and this is precisely what he wanted: to stop it, even with these quick Polaroid shots. The melancholy of seeing things for the last time is the highly mysterious and poetic essence that these images leave with us. It is as though Andrei wanted to transmit his own enjoyment quickly to others. And they feel like a fond farewell.