Decimal Time and the Fabric of Everyday Life

It’s in their very nature that revolutions bring about sweeping changes, but modern ones are often concerned with the makeup of a political system, with deposing a leader and installing a new one. It takes a high degree of revolutionary fervor to go deeper and rethink the very fabric of everyday life, possibly because the stakes are so high and the failure quickly at hand.

Look no further than decimal time, a new system of timekeeping introduced in 1793, following the French Revolution. It was part of a wide-ranging attempt to remake units of measurement, introducing the metric system as well as a Revolutionary calendar that renamed the months after the seasons and divided each month into three neat weeks of ten days.

Arguably the boldest of these changes, however, was the introduction of decimal time. It’s a system that divided the day into ten hours, each of which consisted of 100 minutes, which were themselves made up of 100 seconds. Noon was at 5, midnight at 10. Rather geocentrically (and poetically), the beginning of the year (and therefore the place to set the clock to) was defined as the true autumn equinox, as seen from the Paris Observatory.

The use of decimal time became mandatory in 1794, at which point watchmakers had produced timepieces with scales that showed decimal timescales alongside our common sexagesimal ones, likely to help people make the transition to the new system. 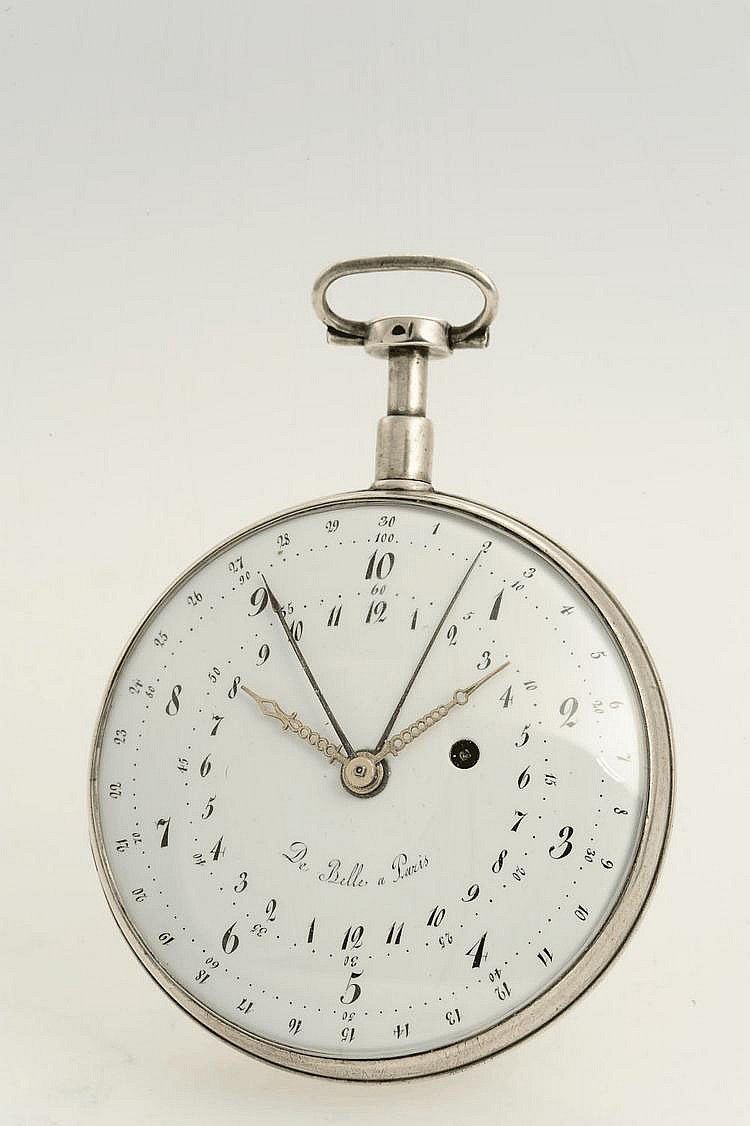 A pocket watch from the time of the French Revolution

“The French Revolution was conceived by its protagonists as the starting point of history and a break between old and new eras”, Christophe Roulet quotes in a 2010 article about an exhibition at the Musée International d’Horlogerie. Rethinking time, then, was just another break with the status quo, a strict rationalization of the timekeeping system carried over from the Egyptians and Babylonians

The trouble, as with many revolutionary measures, was the practicability: Not only was decimal time a nuisance when trading internationally, it also seemed to have been too hard to get used to. As opposed to the metric system, decimal time simply didn’t solve a problem and was subsequently shelved, just 15 months after its introduction.

Despite the clear shortcomings of decimal time, I can’t help but admire the thinking behind it: The boldness to try and reshape time, part of the fundamental fabric of life, is in equal parts arrogant and daring. As the metric system proves, we are, as humanity, able to rethink these seemingly static facts of life, but it takes either superhuman effort or very clear advantages to do so. In that respect, decimal time falls neatly into a row of other ideas like the Dvorak keyboard or Esperanto, that—however genius—didn’t take off.

Researching this topic, I happened upon a 1978 paper published in American Scientist, which could serve as standard-bearer for Betteridges Law of Headlines: “Decimal Time: Unlike the metric system of measurements, decimal time did not survive the French Revolution. But is dividing the day by tens a possibility for the future?”

Almost sounding frustrated, the author writes “The sexagesimal number system for timekeeping does not use the same arithmetic mode as most of our other calculations. (…) The time system in use now is not just a sexagesimal system but a mixed decimal-sexagesimal system. The problem is brought home if the number of milliseconds (…) has to be calculated.”