Lately, while restarting this journal, I’ve been thinking a lot about Craig Mod’s 2017 essay “Tools and Creative Permissions” that talks about how tools or technologies allow creatives to do the work they do:

I’ve come to think of tools as granters of permission. Things from which an artist can divine permission — the permission flowing either from the formal attributes of the tool to artist, or from the artist’s perception of the tool back into themselves.

One of his examples—most relevant to photographers—is how the advent of the compact camera and 35mm film enabled many of today’s most celebrated photographers to go out and shoot what made them famous.

This is not to say that the right notebook or camera or sewing machine produces brilliance — of course not. But the right tool in the right hand might be the very thing that whispers to that artist. “Hey, what about this?” A dollop of permission.

I read this paragraph in two ways: As a warning against the gear fetish that every enthusiastic amateur tends to be tempted by. But tools, by themselves, don’t confer creativity. Instead, tools allow expression of creativity.

Mod calls this a “permission”. I’m instead reminded of Don Norman’s book “The Design of Everyday Things”, in which the author coins the term “affordance” to describe properties in design that make an action clear to a user. A creative tool affords expression much the same way, inviting someone to pick it up and be creative with it. 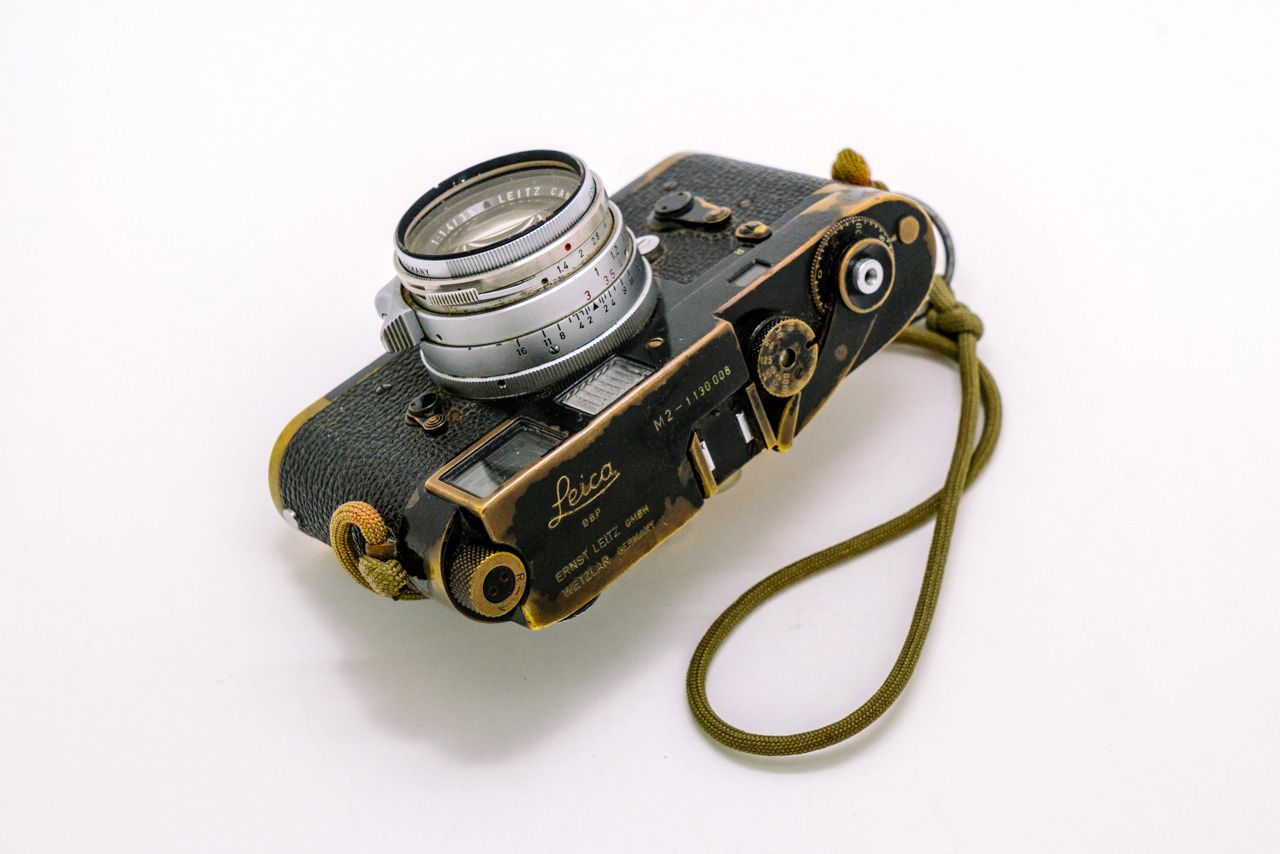 Sean Flynn’s Leica M2, with a “strap that was hand fashioned from a parachute cord and a hand grenade pin”.

This camera is the Leica M2 that the photographer Sean Flynn used to document the Vietnam War. Flynn (whose self-portrait while parachuting I used above) left the camera behind when heading to Cambodia in 1970, where he was capture and likely died. The story of his camera is a couple years old, but the image of that heavily-used Leica, paint worn down to the brass, epitomizes the idea of a tool for me: An object that, while beautiful in its own right, becomes a much-used vehicle of expression.

Increasingly, I’m finding that notion of a creative tool a useful criteria when deciding whether I need or don’t need something. My friend Michi has a deep-rooted aversion to kitchen tools that “serve only a single purpose”, favoring objects that serve many purposes and take up less space as a whole. One can favor minimalism for its own sake, or for reasons of sustainability 1, but the least abstract reason, to me, is that owning something should mean it serves a purpose bigger than itself.