In a great article for the New York Times Magazine, the historian Timothy Snyder draws a comparison from last week’s insurrection of the American Capitol to the fascism of the past (and present).

His lesson? Fascism isn’t something that occurs from one day to the other but rather builds up slowly, while we’re “losing the distinction between what feels true and what actually is true”.

Post-truth is pre-fascism, and Trump has been our post-truth president. When we give up on truth, we concede power to those with the wealth and charisma to create spectacle in its place.

I paused at the usage of the term “spectacle”: While Merriam-Webster defines it as “something exhibited to view as unusual, notable, or entertaining”, Snyder might also have referenced Guy Debord’s famous 1967 work “The Society of the Spectacle”. 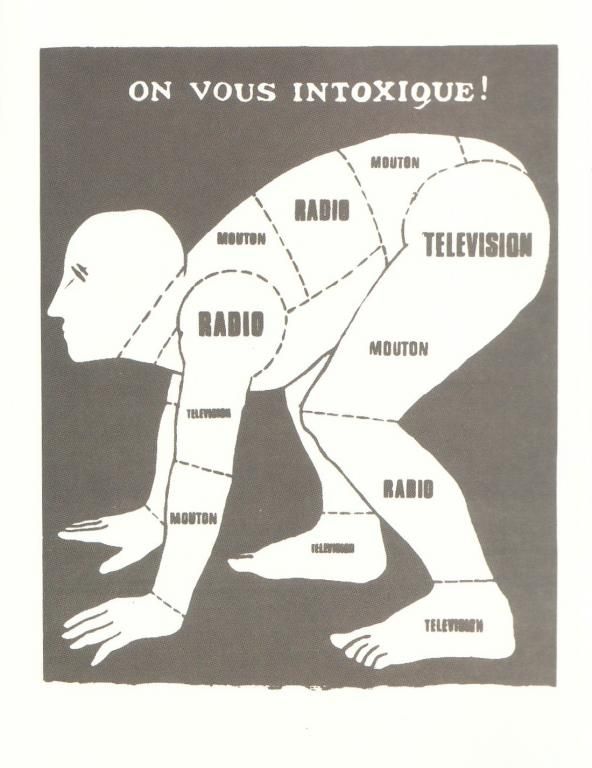 “It’s almost a self-evident idea”, starts a podcast by The Guardian on the topic, and yet Debord’s idea of spectacle goes beyond the (now) obvious notion of a passive and distracted society oversaturated by mass media: Debord writes that the spectacle “is not a collection of images, but a social relation among people, mediated by images.”

For Debord—a Marxist—the work was in equal parts critique of capitalism and a rallying cry to arms: He and the Situationist movement he headed believed that in an age of mass media, protest against the system also needed to be spectacular in order to shake people up. Trump, who is both a product of the media and an embodiment of it, has been thriving on attention, disruption, and—yes—spectacle for years, effectively using that very mechanism to loudly undermine truth.

It’s been curious to see Trump go effectively silent when he was widely de-platformed following his insurrection of the Capitol attacks. But these few days where the drumbeat of news hasn’t been entirely dominated by Trump also demonstrated the power his spectacle has had over us, our attention, our relations.

One of the big takeaways from Jenny Odell‘s book “How to Do Nothing” wasn’t to literally do nothing but rather to consciously abstain from participating in the commodified capitalist spectacle, whether that’s the latest news hype or the performant nature of social media. It’s a lesson worth remembering not just for the sake of our collective sanity but also for the sake of truthfulness in a time where our relations are mediated by images.